The temple is situated atop the mountain, which is close to the confluence of rivers Parvati and Beas and is dedicated to Lord Shiva (Mahadev).

Bijli Mahadev’s history is as interesting as the place itself. It is believed that the temple was formed after killing a Demon named Kulant. The legend goes that the Demon Kulant wanted to submerge the valley by stopping the flow of the river Beas. He took a dragon form in order to execute his motifs. He wanted to kill every life form that existed on the land by submerging it under the water. Fortunately, Lord Shiva came to know about his undertakings and he came to Kulant to put an end to the demon.

Lord Shiva told the demon to look back because he had his tail on fire as soon as he looked back Lord Shiva smashed his trident through the demon, putting an end to his ill plans. It is said that the mountain that the Bijli Mahadev temple is located on, was formed from the body of the dead demon. After his death, his body covered the nearby lands and turned into the shape of a mountain.

Legends of the temple

The locals describe the Bijli Mahadev story as a way of reverencing Lord Shiva. It is believed that after defeating Kulant he went to Lord Indra to ask him to strike the mountain with electric discharge every twelve years. According to the legends, Mahadev didn’t want his devotees to be harmed by the Bijli Mahadev lightning that is why the lightning that falls every twelve years on the temple strikes the Shiva linga directly. Lord Shiva takes the strike on himself and that’s how the temple got its name “Bijli Mahadev”. Every time lightning falls on the Bijli Mahadev shiv ling, it breaks into pieces which is part of the ‘Bijli Mahadev mystery’ as to how the priests put the shiv ling back together with salted butter and sattu.

Geography and how to reach Bijli Mahadev

The Bijli Mahadev trek is named after Bijli Mahadev temple. The attraction of Kullu is situated at a height of 2454 meters above sea level and can be reached by travelling 24 kilometres east of Kullu, which is a district in Himachal Pradesh.

The Best time to visit Kullu would be during summer from March to June, the valley has a lot to offer during the summers when it is covered in green and the water down in the cracks of the valley flows resembling the Milky Way. It can also be visited during winter. In winter you have got the chance to witness snowfall which makes Kullu even more picturesque. You can also take part in the festivities of Raghunath Temple and Bijli Mahadev temple which the locals enjoy very much where travellers and devotees from all over the world come to spectate and experience spiritual peace.

Kullu usually experiences three seasons throughout the year. Summer, monsoon, and winter. Summer in Kullu starts in March and stays till late June. This time is most famous in Kullu because it helps travellers to get away from the scorching heat of the towns and provide a peaceful safe haven for its visitors.

Winter in Kullu starts in September and continues till late February. It is more ideal to visit here in winter to enjoy that snow and take part in the adventure sports like snow skating, river rafting, and trekking. Some years the temperature goes sub-zero but this is the time when you can see the snow-capped mountains and take in the awe-inspiring beauty of Kullu.

What it has to offer?

It is one of the most beautiful places on earth. It is believed by the locals that Lord Shiva has granted Kullu eternal beauty which radiates throughout the year. That is why it is called the ‘Valley of Gods’. When you visit Kullu it is very hard to take your eyes off the memorizing view of the valley. Waking up in the morning, going out on your balcony, and seeing the vast valley stretch in front of our eyes is a feeling that people want to have when they go to Switzerland. But we are extremely fortunate that we get to experience the same in Kullu.

The difficulty level of the trek

The trek is ideal for beginners. It is not difficult and is almost 3 kilometres long. The first few kilometres of the trek has a bit of a steep walk but after that, it gets more levelled and offers an easy trekking experience. Even though it is perfect for beginners, precaution should be taken during the trek, especially during winter when the pathways are covered in thin and slippery ice.

However, you would be amazed to know that the most difficult trek is of Shrikhand Mahadev

Importance of the temple in the lives of the inhabitants

The presence of the Bijli Mahadev temple story makes people from all over India and the world come to visit the temple want to experience the tales of the temples themselves, which promotes tourism in Kullu. The Bijli Mahadev trek attracts trek lovers from faraway lands. Even though trekking is not very challenging, it enthrals travellers. Giving a trek that will take their mind off the busy world and put it in the lap of nature. Trek in Kullu is also a source for the financial support of the place. It offers many adventure sports such as river rafting, paragliding, mountaineering, and hiking across the Himalayan glaciers. It can be said that adventure sports play a very important role in the economy of Kullu.

Bijli Mahadev plays an important role in the lives of the pilgrims that come to Himachal Pradesh. It is the place that is said to have the blessing of God and can purify all sins. This can be said if we are looking at it from a religious point of view. But it is also true that people who are not from Hinduism also come to Kullu and feel the presence of God over them. Most of the travellers who come to Kullu talk about the presence of God in the vast valley. To them, it felt more like a gate to the other world, a world full of joy and harmony. Sometimes all you need is a way to let down your guard and experience your spiritual aura.

Raghunathjee Temple is one of many temples that provides peace of mind and soul to the devotees. It was built around 1600 AD by Raja Jagat Singh. According to the legends the temple was built by him as amends for his sins. When people come to visit Bijli Mahadev they surely visit Raghunathjee Temple.

It is situated 13 km from Kullu in the Bhekhli village. This temple is dedicated to Goddess Bhuvaneshwari who is said to be the fifth incarnation of Goddess Shakti. It takes about an hour and a half to reach Jagannathi Temple. Apart from offering spiritual peace to the travellers it also offers an amazing view of the Kullu valley.

It is said to be one of the oldest temples in the region. Temple’s design is one of the aspects that attracts people. The temple is built in wooden pagoda-style where all of its components such as doors, pillars, and the roof is made out of wood. The roof of the temple is made out of heavy wood and is designed in layers. These types of temples are more common in Japan.

Gauri Shankar Temple is believed to be one of the oldest temples in India. It is built in Shikhara design which is where the parts of the temple are divided into layers and resembles a mountain peak. The main temples where the idols of Lord Shiva and Goddess Gauri are placed are designed in this form. The upper half of the temple is designed in layered doom with each layer containing a carving that holds their meanings and the lower half is in a square shape. The temple is also famous for its numerous carvings.

Bijli Mahadev Temple is just one of the many temples that Kullu holds in its heart. When you think you have had enough of the hustle and bustle of the busy life you can always come to Kullu to unwind, to meet yourself, and to discover your spiritual side. It is one of those places that you must visit once in your lifetime. 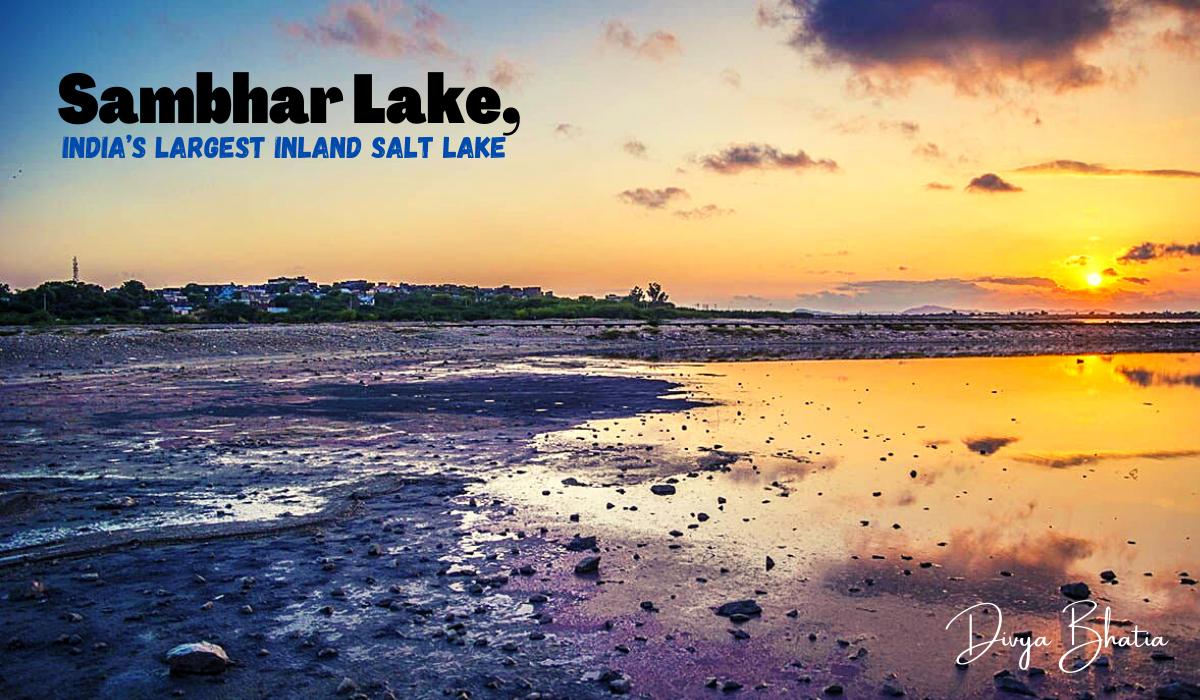 “The world is a book and those who do not travel read only one page.” – Augustine In an attempt… 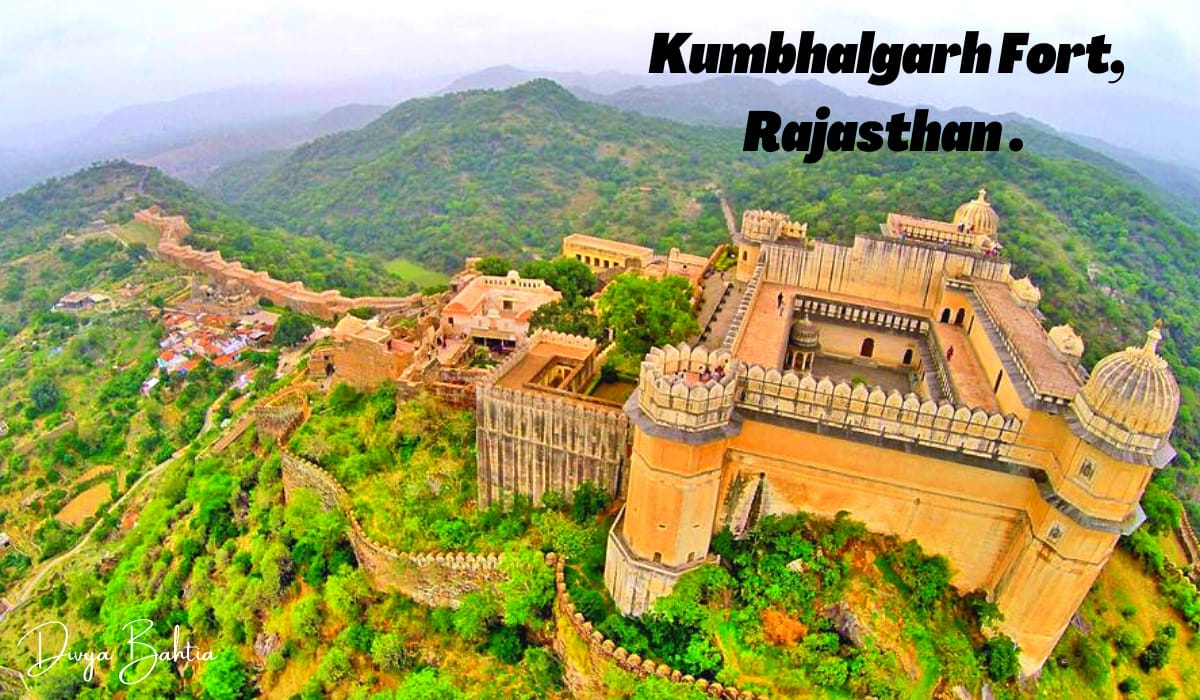 You may have heard the stories of great kings, battles, victories, and even defeats. But have you ever heard of… 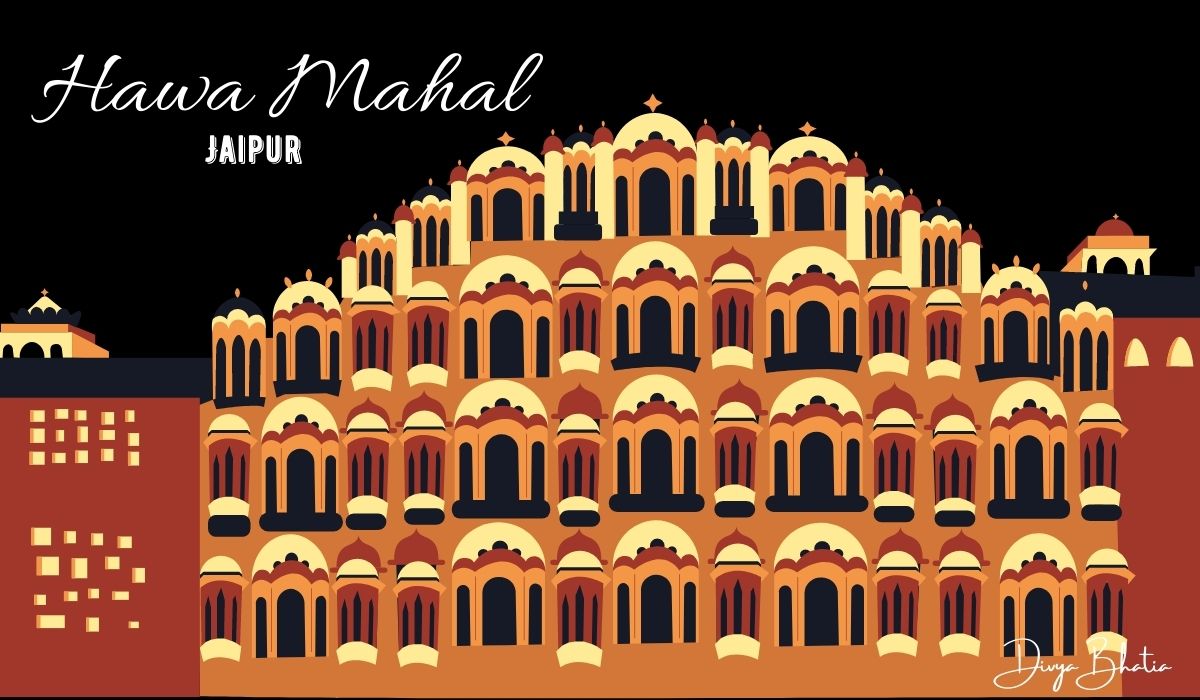 Hear ye, hear ho, we come with yet another exquisite place to visit so close. When one thinks about Jaipur,…