Detachment, Freedom from all Obsessions

Krishna preaches in the Bhagavad Gita, “A thought is an effect, not a cause”. What is a thought but? And is this concept of “thought” that we seem to ignore, really that insignificant? You see, what makes us, humans, different from other species? We are constantly thinking, sometimes productively, sometimes casually and sometimes obsessively. From the most miraculous scientific invention to the most devastating terrorist attack, everything is a result of just one “human thought”. “Thought” occupies the whole period of our lives. So let’s think a little productively about the thought that creates “obsession” and “detachment” that untangles the suffocating thread of illusions.

Let me begin with a simple story. A girl of ten once went to her maternal father’s place. There, a psychiatrist uncle of hers observed her introverted nature. Just an introverted nature of a kid, which is very common, made his remark that she was going through some mental issues. Well, things went on and the wheel of life kept moving. But somehow, that thought settled in her head that she was called “mad” by a psychiatrist. And growing up with that belief, she became more of a quiet person, refusing to talk most of the time and living with a fear of turning into a “mad”.

Well, doesn’t it happen to most of us at smaller and bigger scales? Just one human, one event, one action and one word, leaves impressions on our psyche, impressions that make us who we are, without us even realizing it. You see, what a person is, they are for a reason. You are you for a reason, the reason that maybe you are not aware of. Now how does the reason take shape? In the form of thoughts! A repetitive thought is an obsession, and obsession, mind you, is dangerous!

Obsession is nothing but a thought that you continuously repeat in your head. Now what kind of thoughts are you going to repeat? The extreme kind of thoughts! The thoughts that give you an emotional high are the one that you go through again and again. Those are the one that you either like a lot or you hate a lot. In both cases, they create low vibration feelings. They give birth to vices like desires, greediness, fear and anxiety.

Now if you observe a little deeper, we will find that we just keep falling into traps. The Mandukya Upanishad teaches us about the four states of consciousness. And we, wandering in the waking state, which is the first state of consciousness, according to the Mandukya Upanishad, get easily entangled into what our senses perceive. But you see, what the senses can perceive, are just symbols and images of something abstract that is bigger and real. Now you may say that we feel abstract, so we know what is real. But what makes you feel that? Senses! Senses that perceive and perceive are subjective, not objective.

Words are just symbols that signify the feelings that lie beneath. Why is it then that we fall for symbols? It is only because they are the most visible part. The ideas that lie beneath are abstract. They can only be realized and realization takes time. But what if words are just phoney or reflect fallacy? You see what Cotton Mather said is worth pondering over, Don’t let the Circean cup intoxicate you.

It is like revising the same thing again and again. And revision makes it settle in your mind, leaving a permanent impression. Now, what is it if not attachment? Attachment to a particular thought, idea, words, situation or human! So, obsession is a more rigid kind of attachment.

How obsession affects us?

We have talked about multiple examples of obsession from which we got a hint that how it can affect us in our daily life. Let me give you another real-life example that I heard somewhere. Once, a 40 years old man was invited to a party where his school friends were to come. He got anxious and denied to go. And the reason for his anxiety that he told was shocking. He said that when he was a kid he was once insulted by his father in front of his school friends. And so he developed a fear to go among his friends. Imagine this! In his years of happy school days what he remembered was just a trifle incident. This is a dangerous example of obsession.

Many people have different kinds of phobias. You realize it is not, but that phobia is a result of some obsession. It is further interesting to note that there are actually some therapists who work in this direction. They decode the reason for your obsession that you may forget on the surface but it lies deep in the mind due to some past event. After decoding, they make you let it go.

Obsession has devastating impacts on the mental health of our brain. It may lead to fear, anxiety and even depression in serious cases. Many times, obsession gives you physical pain too. Do you experience a fever before going to an exam? If yes, then it must be a result of a fear that took root long ago when you may have answered the most obvious question wrong. You see here, the mental fear taking physical shape. You must know about OCD (Obsessive Compulsive Disorder). It is basically a mental condition in which obsessions lead to compulsions. This makes the patient do some repetitive behaviour like washing hands.

Some minor obsessions of a shorter term can be common. Like listening to a particular song on loop or choosing the same dress to wear every time you step out. These are okay because they don’t leave any long term impressions on the psyche.

How do we fall into Traps?

Have you read that story, “Rattrap” in your English book of 11th standard? If yes then you must have already understood what I mean! “The world is but a rattrap”, is the conclusion of the story. And we have already discussed with references from the Mandukya Upanishad that what our senses believe are just traps.

You see a kid, you show him a packet of candy and the trap is laid. He is there stuck in the web. Now, you give him the candy and he is all yours, you don’t and he turns out to be a dangerous villain! Another example, say you are a passionate teenager and someday you see a bike passing by. One more time the trap is laid. You go to your father and being the same adamant kid who once demanded chocolates, you now ask for a bike. We are all our lives, the same kid, just our candies keep growing into bigger and bigger versions. At different points in the labyrinth of life, we keep falling into traps of different illusions. And that is where spirituality teaches “detachment”.

Reality is merely an illusion.

What is “detachment” in the first place? Detachment is a state in which the string that connects your inner self with the outer world breaks, and the happenings of the outer world no more affect your state of mind. Detachment is a neutral zone where you admire nothing and despise nothing. In this zone, you simply flow with time. You see, does an infant cry for the pain of his mother? No, because in that phase he/she is detached from the mother.

How to practice Detachment?

Detachment can be practised in daily life by making yourself more and more self-aware. Controlling your own mind, healthy reading and meditating daily can be helpful. Meditation here becomes the most important tool. While meditating you connect with yourself. And with time you will realize that you are becoming more and more detached.

It can be observed particularly about this generation that many of them are doing things mindlessly, without being fully aware of their own actions. It is fine to an extent where you keep on exploring new things but you should be careful enough not to push yourself into debris where you make a mess out of your life. And we can do this by controlling our minds.  We have to Control our minds before it controls us. And the way to do this is to be aware of our own self and actions.

Every thought that you create, create it wisely. Stop your mind from crossing a certain threshold. Understand that most of the things that you will fuss over in life will be a trifle, very trifle! Like a kid making a fuss for candy! “This too shall pass.” And when it will pass, it won’t really matter if it ever existed. A great poet once said, “All I know about life is that it keeps going!” 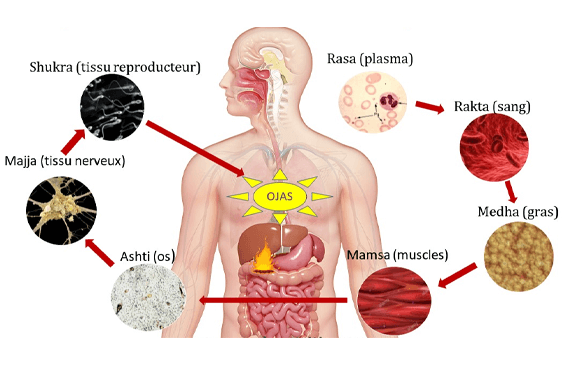 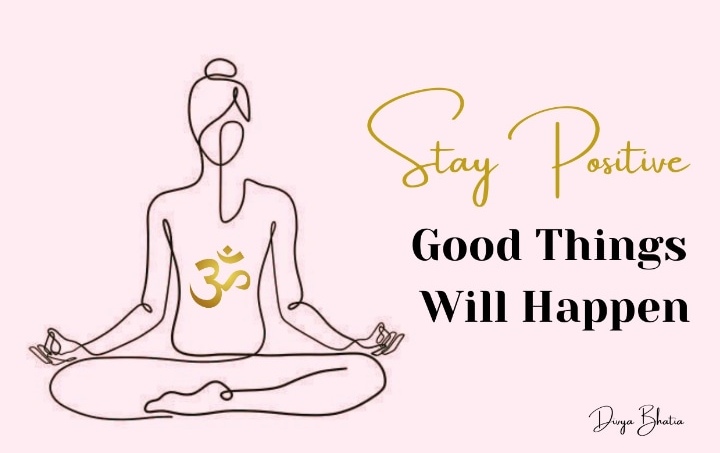 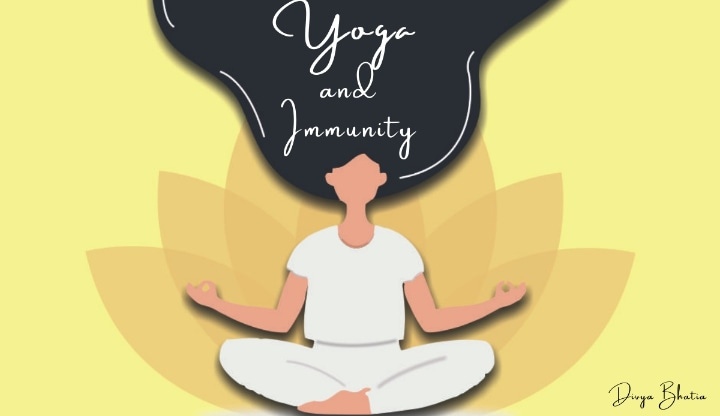