Durga Puja is the major festival of Hindu’s of the West Bengal, it is one of the most famous festivals celebrated in West Bengal and particularly in Kolkata. Durga Puja is celebrated in the honour of Goddess Durga during the period of Navaratri. It is traditionally held for 10 days in the month of Ashvina (September- October), the seventh month of the Hindu calendar.

Durga Puja celebrates the success of the deity Durga over the demon King Mahishasura. According to the Hindu Mythology, Goddess Durga emerged from the collective energy of all Gods as an incarnation of Shakti or divine power of feminine, to destroy the demon Mahishasura, who was blessed not to be defeated by any man or god.

The term Durga in Sanskrit means “the inaccessible”, which also known as Devi and Shakti. The history says that Durga was created for killing Mahishasura by gods like Brahma, Vishnu, Shiva and other lesser gods, who otherwise were not capable of killing the Demon. Embodying their collective energy, Durga is both the power of the male divinities and the true source of inner female power. She is fully grown and beautiful, she has the eminence power against her enemies.

Durga’s physical deception is riding on a lion and armed with 8-10 weapons; each holding the special power of one of the gods, who gave her the power to battle against the Demon. The Powerful form of Mother Goddess is highly admired in the eastern states of India which is why her return is celebrated with much magnificence and ceremonies.

In the Late 1500s the first grand worship of goddess Durga was celebrated which was recorded on the history. Folklores also say that the landlords or the zamindar of Dinajpur and Malda started with the first Durga Puja in Bengal. Various source also say that in Bengal in c.1606, Raja Kangshanarayan of Taherpur of Nadiya organized the first Sharadiya or Autumn Durga Puja.

The twelve friends of Guptipara in Hoogly, West Bengal are to be credited for the community puja, they collected and collaborated contributions from the local People to make the first community puja which was called as the “baro-yaar-“or the “twelve-pal” Puja in 1790. In 1832 the baro-yaari puja was brought to Kolkata by raja Harinath of Cossimbazar. He performed the Durga Puja in his ancestral home in Murshidabad from the year 1824 to 1831.

The first truly community puja in Baghbazar in Kolkata was organized by Sanatan Dharmotsahini Sabha in 1910 with full Public contribution and public control. In the 18th and the 19th century community Durga Puja in Bengal contributed vigorously to the development of Hindu Bengali culture.

Significance of the 5 Days of Durga Puja.

Durga Puja in Kolkata has its own distinctive rituals .A week before Navratri begins; the idols of goddess Durga are being painted and finished aside from the eyes.
On the occasion of Mahalaya, the Goddess is invited on earth with rituals and so on this day, the eyes are drawn on the idols in an auspicious ritual called Chokku Daan.It is believed the deity descends to earth at the time of drawing the eyes on the idols. Kumartuli or potter’s neighbourhood could be a renowned place in North Kolkata where a majority of the idols are created.

The First day of Durga Puja is known as Maha Shashti. On this day, Maa Durga is worshipped who rides on a lion and descends on the earth and with her 4 children Saraswati, Laxmi, Ganesha and Kartikeya. On Shashti, Maa Durga’s face is disclosed, and prior to the main puja, some special rituals such as Amontron, Bodhon and Adibash are executed. The melodies of Dhaak (a kind of drum) with jolly mood marks the arrival of Maa Durga everywhere on earth.

Maha Saptami is the day when the Maha Puja starts, or the second day of durga puja. On this very day, just before the daybreaks, a banana tree is submerged in sacred water and thereafter it is ornament with a sari just like a newly wedded bride, this is often popularly referred to as ‘Kola Bou’ or ‘Nabapatrika’.The Kola Bou is then carried to the stage and is placed next to the idol of Ganesha where all the priests worship Maa Durga for good luck. Moreover, nine plants are honoured that represent the nine styles of deity Durga.

As per the Mythology, Maha Ashtami is the day when Maa Durga assassinated the demon king Mahishasura. In the past times, a buffalo was surrendered in order to mark the conclusion of wickedness. People gift their prayers to Maa Durga within the style of ‘Anjali’, which are hymns in Sanskrit language. On this very day, ‘Kumari Puja’ is also performed. In Kumari Puja, a girl whose age is nine years or less is accessorized as Maa Durga. Thereafter, this girl is worshiped with a lot of devotion.Sandhi Puja is performed within the evening, that is that the combination of Maha Ashtami also as the MahaNavami.

As soon as the Sandhi Puja concludes, Maha Navami begins and is completed by the execution of ‘Maha Arati’. An infinite number of recreational activities are organised by various Durga Puja Committees, after which the Navami Bhog is served.

The last day of Durga Puja is the ‘Maha Dashami’. On this day, the idol of Maa Durga is submerged in the sacred river of Ganga.The goddess is carried with splendid processions on the roads. . This procession is called “The Visarjan of Devi Durga” .While the procession is moving people sing and dance.The Sindoor Khela’ which is very popular during the procession. In which all the married women throw vermilion on each.
After the immersion of Maa Durga everybody comes back to their home. In the evening, they go to their relatives and friends houses to wish each other “Bijoya Dashami” A variety sweets and other large of dishes are prepared to celebrate this occasion. 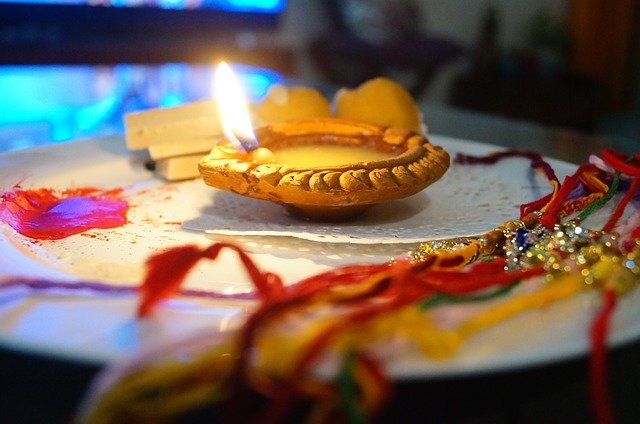 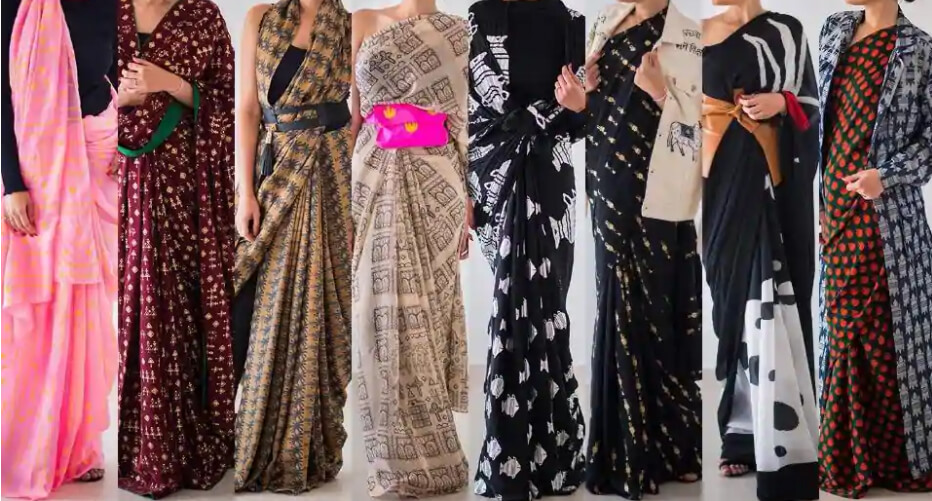 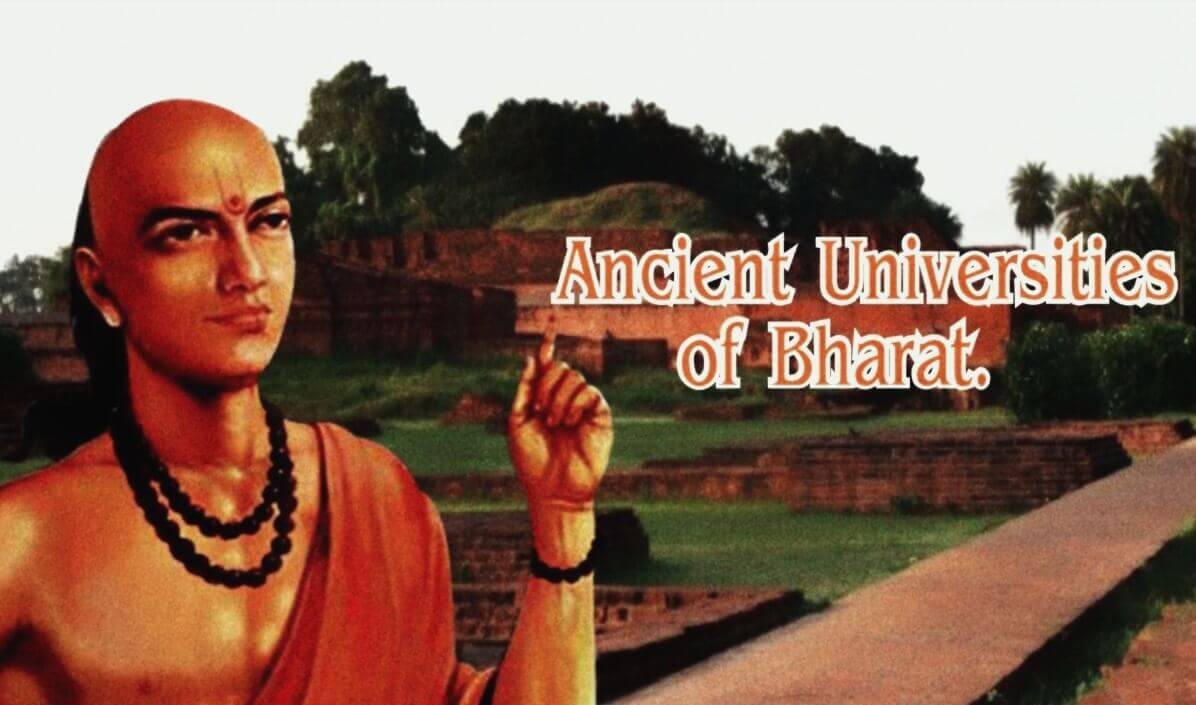