Facts on how to prevent infections in Indian culture and tradition 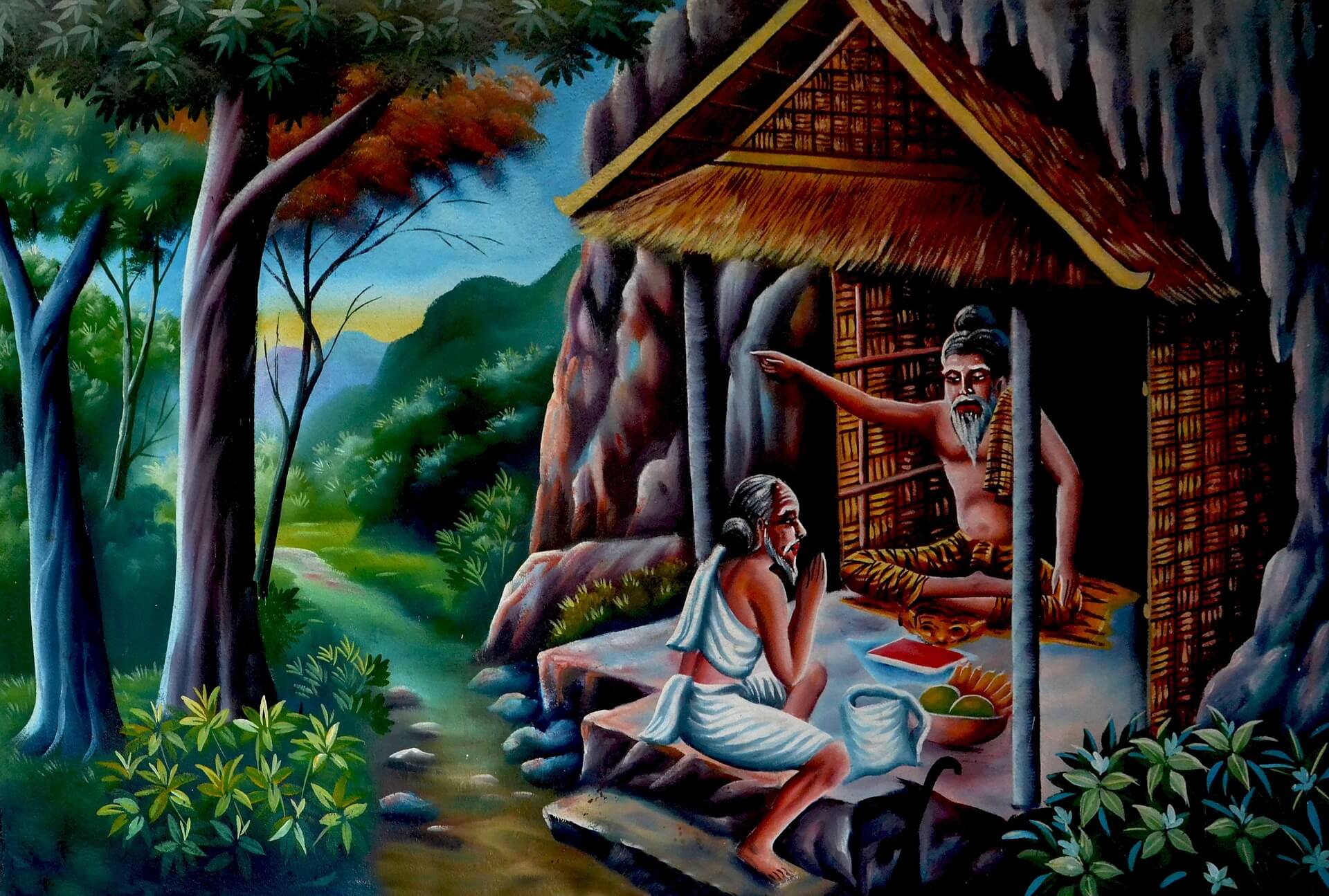 India is a land with vivid geographical features like no other country. The sciences that have evolved thousands of years ago, through the efforts of learned Indian acharyas have deep roots in the many Indian traditions. This fragrance of traditions has spread from Himalayan herbs to southeast Asian kings who were great artists in the field of architecture. And not only architecture or something big to talk about, but there are also some small remedies on how to prevent infections.

Despite facing natural barriers like the Satpuda range, the forest of Dandkaranya, and the Indian Ocean they never failed to build their masterpieces. Any modern intellect should think on this topic that the Indian traditions and cultural practices exist to make a difference for the better in our lives. Much of which can be understood only at the intellectual level, which demands proofs and questioning the legitimacy of the practices.

So, only when Indians start following their traditions, in the true sense free from ignorance can the essence of these traditions be realized. This realization akin to science, and reason has the potential to turn our society into a role-model for societies across the globe.

What the scriptures have to say about the ancient Indian cultures and traditions?

This means that we should not wear clothes worn by other people. As we know, India imports tons of clothes from the US and resells them on the streets of Mumbai, Pune, etc. It should be noted that India ranks top in the trade of used clothes. Thirty-percent of used clothes is smuggled into the Indian domestic market. Indian cultural and traditional practices have always advised us to prevent these acts due to medical reasons.

Someone else’s outfit may carry micro-organisms and infections to the detriment of another person wearing it. Hence, to prevent infections our ancestors already addressed these dangers and compiled all the preventive measures in our Shastras.

Vishnu Smriti 22 – How to prevent infections

This shloka is trying to explain that whenever we go to Smashan Bhoomi for antimsamskar (Hindu death rites), one must have a bath after returning for the sake of health and hygiene. The best thing to learn from Indian cultural and traditional practices is the way death rituals are conducted, and the importance of hygiene after returning from graveyards and Smashan.

But the person is dead, how can we catch infection?

This means that we should have three sets of clothes- one for sleeping,  the other when going out, and the third set while performing pooja. This is the simplest Indian traditional and cultural practice which focuses primarily on cleanliness and maintaining hygiene. Such day-to-day Indian practices mark the reason why ancient India is considered an epitome of a civilized society.

One can also check the history books of senior secondary schools, in order to know about the intricate technologies and methods applied for maintaining hygiene in the ancient Indian society. Like the drainage system of the Harappan civilization.

How health and hygiene are maintained through the ancient Indian culture and tradition?

Vishnu Smriti 64 – How to prevent infections

A symbol of rebellion, and high in fashion is none other than a pair of jeans. Our favourite type of clothes whether jeans, or a striped shirt if worn without a proper wash, and consecutively for days, then it can have effects on our health as per the Shastras. There are some remedies to prevent infection in ancient Indian culture and tradition.

When outside our homes, we come in contact with the elements, people, and myriad things. So, different types of bacterias nestle on the thread of our clothes if we wear them again without a good wash. Simultaneously, our body too becomes a part of those countless infectious bacterias.

The most common of these diseases that overcome us through this malpractice is the common cold and cough. The microdroplets of a person having a cold and cough can be inhaled and they also settle on our clothes. Hence, we should wear different outfits and wash our clothes on a daily basis.

Padampuran, Srishti, 51/86 – How to prevent infections

Stop using towels of other people. The reason behind it is quite simple, to avoid skin infections. One such infection with which we are familiar is the ringworm.

Vadhulsmriti 69 – How to prevent infections

There are shlokas present in scriptures like Mahabharat and Vedas talking about ancient Indian culture and tradition, which declare that a sharp intellect is a must in life, for a good initiation in whatever work we are going to do. Also, there should be disciplined in our work. We all accept the fact that having a bath daily before starting the work contributes to the quality of the work. This is indeed true as it revitalizes our nerve receptors, and cleanses our body from head to toe. Not to forget the invigoration of our intellectual capacity.

We should wash our hands, feet, and face with water before having our food. Since ancient times this practise has become very common in Indian households. Many of us are unconscious to this practice, though it has become an integral part of our daily life. Well, now that we have read these lines, it is time to realize that this practice is also a part of our Indian culture since ages.

Ancient Indian culture and tradition- How progressive they are!

The first world countries, whose technological advancements and soaring structures make us gape in awe had formulated these practices just a couple of centuries back. In India, these practices have been existing for thousands of years until today. The best way to see these practices actualize is to visit the Indian villages.

The Shlokas are very obvious, aren’t they?

All these small shlokas elucidated above may appear insignificant but, they have contributed greatly in developing a healthy Indian society. India’s scriptures are very ancient, and the practices are sensibly ahead of time. So we are not that behind the developed countries, or I guess never were.

For thousands of years, Indians have identified the importance of copper and used it for cooking and serving utensils. Even today we can see these utensils mostly in Southern and rural India.

Ancient Indian culture and tradition- How to prevent infection?

As we know it is the Indian culture in which it is prescribed to burn the dead body. Death ritual doesn’t only mean to burn the body, it also includes practices like mundan. Mundan is performed by the relatives of the deceased one by shaving off their heads, beards and, moustache. The scientific reason behind it is to keep away the micro-organisms that are present on the dead body.

In the death rituals performed at Samshan, small children and pregnant women are not allowed just to keep them away from diseases as they are quite vulnerable because of their age and state. We also take a bath after returning from Vaikunth without coming in contact with any other person. Hence, after all the antim kriya i.e. last rites the family members visit holy places like temples so that they get some emotional stability.

Bathing in the modern sense is impossible without soap, thus ancient India had various pastes made of turmeric, tulsi, neem, shikhakai, and alum- the earliest forms of soap. All of which collectively helped as antiseptics, imbued with anti-bacterial property, and also helped to enhance skin glow. The medicinal herbs were also mixed with these things so that the bathing paste has healing properties beneficial in the case of small cuts.

In Indian culture, we do not wear our footwear inside our houses. But, nowadays many have excluded this practice because of the influence by the west. This is just because dirt from outside shouldn’t be carried inside with the shoes.

The Indian land has always emphasized on a balanced diet. This diet has been termed Sattvik by nature, for its purity and health benefits. The sizzling sound of tomato cuttings, coriander leaves and seeds floating on the shallow erupting oil are what rings when we think of our mother’s cooking.

But, no matter how much the trumpet is blown in praise of our mothers’ we still tend to plunge our taste buds in all that is appeasing rather than healthy. Sattvic food that comes into being naturally at the hands of our mothers in the warmth, and comfort of our homes is both healthy and tantalizing at the same time.

The occasional chicken mutton doesn’t come under Sattvic food cause it goes against the very meaning of sattvic but does contribute to our much-needed protein intake. When talking about sattvic food one tends to picture oneself as pure vegetarian, who is no doubt correct and the very base of our mother’s cooking on a regular basis but, if the nutritional value intrinsic to sattvic food is not kept in mind then even vegetarian turns into Tamasic, the other name of impure.

Like if too much oil is added to add to the taste of the food, then it won’t benefit our physical self instead lead to the rise of low-density lipoproteins or fats in simple words. This is one technique used in fast food corners around the world thus, no wonder veg burgers and French fries aren’t healthy for us either.

A well-balanced cooked meal imbued with all the necessary nutrients present in the right proportions like vitamins, minerals, carbohydrates, fats, proteins, water as a medium for carrying the nutrients is what is defined as a Sattvic food described by seers, sages and saints right from the ancient times. There are various other healthy eating habits in Indian culture which we must be aware of.