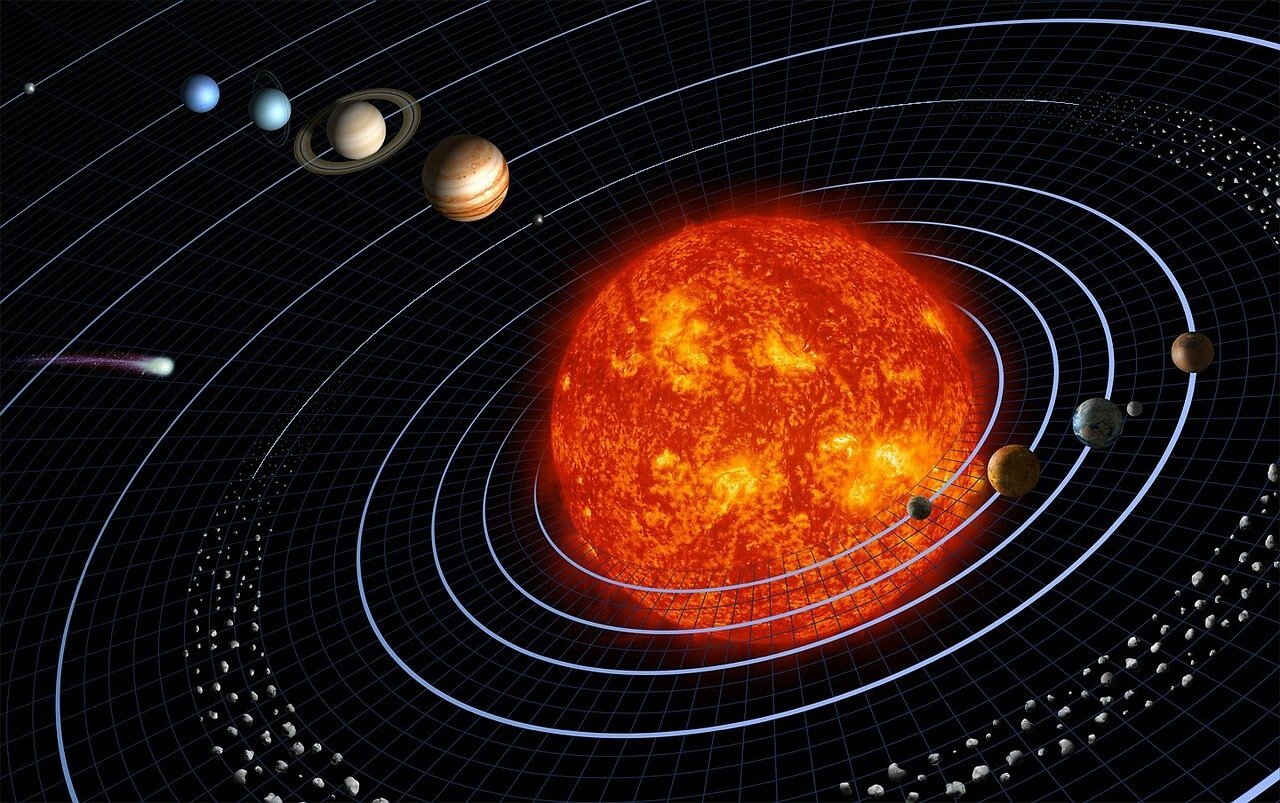 We all know about the wonders intrinsic to modern science: the big bang, the gravitational force, time, solar system, and the thread extends to infinity. But do we actually know the truth? Well, let’s see what Hindu cosmology has to say about it? As we have progressed into the twenty-first century; man is at its peak of excelling with its space endeavour of India’s Mars Orbiter Mission or the Cassini-Huygens Mission of the west.

While we contemplate on the present projects and future prospects, it is also important to look back at the traditional heritage of the Vedas, Puranas, and Surya Siddhanta. Believe it or not, but a lot of the discoveries of the modern world had already been mentioned in the Indian Vedic texts long before the advent of the west.

What is important to note here is that all of the claims made were theoretical in the sense that the Indian philosopher did not have the help of scientific apparatus for assistance in their discoveries. For instance, at the basic level, all of the calculations were done without the aid of a calculator.

This article emphasizes on the Vedic perspective of our solar system in comparison with the modern structure to understand the universe with respect to an individual’s existence.

Cosmology deals with the science behind the workings of the universe. Scientists in this field are preoccupied with the intricacies, theories, and laws of the universe starting from the Big Bang to the theory of everything. Hindu cosmology is the portrayal of the universe and its all processes according to Hindu texts, mainly the Vedas.

To discuss something as vast as the space and our own minuscule existence in it, we need to understand our solar system’s position in the universe as per the Indian Vedic texts.

It is important to talk about both the spiritual and the physical existence of a human. The physical existence is restrictive and does not go beyond the three dimensions of space. On the other hand, spiritual existence refers to the eternal nature of life without beginning or end. Our life is an entity of the all-permeating, all-transcending cosmic energy without which the body is subject to decay.

In simpler terms, the spiritual stage refers to the mind not being restricted to the three known dimensions of length, breadth, and height. Rather, the mind can perceive ‘Time’ as another dimension, the fourth from the 64 dimensions in Vedas. Here, the human is closer to god as the experience is beyond the perception of the senses.

In accordance with the structure mentioned in Hindu cosmology, the universe can be understood in terms of spatial and power hierarchy. The Earth or Bhurloka lies in the middle of the higher and the lower planets. Higher planets are elevated above the Earth and are considered auspicious.

They maintain balance through opposite and equal qualities; for instance, Jupiter or Brihaspati is an auspicious planet and on the other hand, Saturn or Sanaiscara is considered inauspicious. Mars or Anagarka prevents rainfall on the Earth and Venus or Shukra bestows rainfall.

They are under the control of Goddess Durga and are therefore called Deviloka. Below the Earth, there lies Atala, Vitala, Sutala, Talatala, Mahatala, Rasatala, and Patala. They are at a much further distance from the sun’s rays and hence, deprived of the light which is symbolic of the spiritual knowledge.

They are inhabited by people of great demonic powers, serpents, and immortals- which refer to a negative conception. They do not enjoy spiritual growth because of their distance from God- the effulgent, life-giving sun. They are therefore called Bila-svarga. This realm is all about the intoxications, and material wealth. In the above-mentioned structure, our solar system lies in the middle of higher planets or Deviloka and the lower planets.

The purpose of this is perhaps to indicate the importance of choosing the right path according to dharma so that we can elevate ourselves spiritually and prevent our downfall towards doom.

Our Solar System according to Hindu Cosmology

Following are some texts from Vedas

According to Vedic cosmology, the sun is considered the entry point of the space. The sun and the planets are represented as a rider and his horses. The sun is the superior one- the rider which controls the horses with the reigns. Here, the reigns represent the rays of the sun.

Just like the rider controls his horses and limits their movements, the sun limits the movements of the planets with its “rashmi” or what can be understood now as the gravitational field of the sun.

It is this power of the sun that holds the planets in their orbits and prevents them from colliding into each other.

The earliest memory of ‘The Moon’ that we as Indians have is that of Chanda Mama. In school, we began with nursery rhymes. Later as we grew up, for more knowledge, we learned how the moon does not have its own light and it simply reflects the light that the sun emits. In Hindu cosmology, such phenomena are explained through interesting epigrams.

The Moon decided to get married and as a wedding gift the Sun gifts his daughter ‘sun rays’ to the Moon. It is in an equally interesting way that the eclipse is explained:

O Sun! When you are blocked by the one whom you gifted your own light, and then the earth gets scared by sudden darkness

When the moon is positioned between the Sun and the Earth, the light of the Sun is momentarily blocked and we experience a blackout or an eclipse on the Earth. This also hints at the traditional practices that people perform on the day of the eclipse to please the gods and goddesses.

Rigveda says “the speed of planets is inversely related to the distance of the planets from the sun”. This can be proved by Newton’s ‘Second Law of Motion’. This is in perfect coordination with Newton’s Law of Gravitation and Kepler’s Law of Planetary Motion. The modern discoveries are proof of the Vedic verse mentioned in the Rigveda.

The Vedic predicted distance between the earth and the moon is 258000 miles and the modern distance is 238900 miles.

The creation of the universe in Vedas has been explained in the 129th hymn of the 10th mandala of the Rigveda. It also gives us an insight into the age of the universe according to Vedas.

According to Hindu cosmology, these chakras are the primary points of focus. The proper stimulation of these chakras through meditation can make the person aware of his position in the vast universe. In this state of higher consciousness, the mind is closer to grasping the nature of the universe. In simpler words, a differentiation can be experienced between the physical body and the spiritual mind.

The spiritual mind is placed on the pedestal and the physical body which is made from the five basic tattvas: earth, water, fire, air, and space, returns to its raw state.

In English, the word ‘science’ means physics, chemistry, biology, and mathematics. For someone who is French, the word ‘science’ includes sociology, and for a German speaker, economics and politics cannot be excluded. The distinction between science and traditional art is dependent on the language used to talk about them instead of the subject itself.

Attention, here, should be paid to India’s great and vast past in logic, mathematics, and medicine (Ayurveda) where the division between traditional art and science is extremely blurred. Art was science and science as art. Nowadays, we try to dismiss the traditional arts as we think that there is no empirical proof in these arts but science complements it by giving proof.

The same can be observed when people dismiss the Vedic knowledge of the solar system and the universe as a whole. The fact remains that the Vedic science of the past supplements and complements the modern experiments. It has shown us that Hindu cosmology and modern science go hand in hand.

Thus, being dismissive of the Vedas makes a person ignorant to a vast amount of knowledge which was produced with meagre apparatus, but is as accurate as of the modern discoveries.