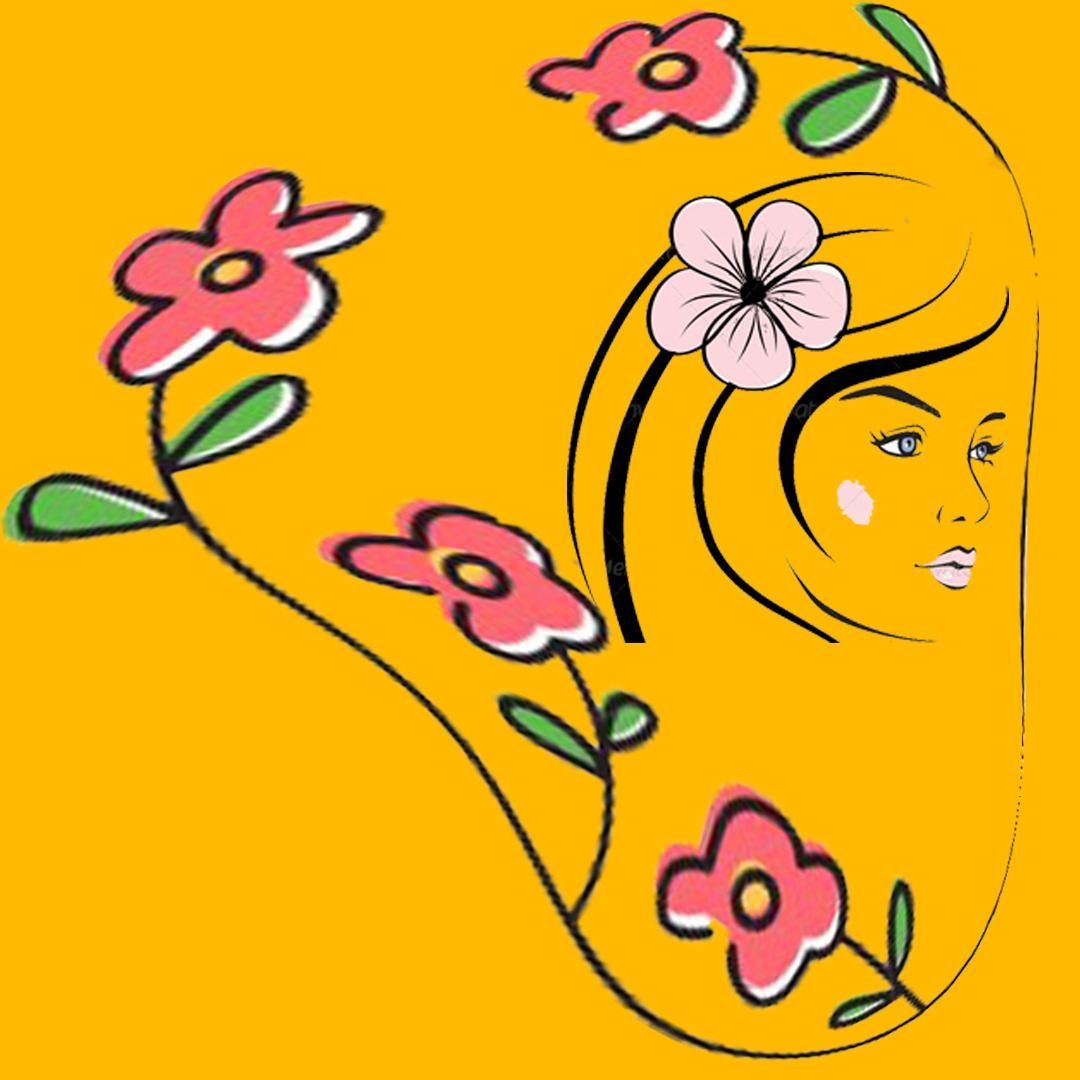 Well, born a man I can never understand nor experience the power of creation. The menstruation myths we are here to know about undermine the very power of creation. I may be known to possess the hatred for destruction, which eventually destroys me. My accumulated karma from the beginningless past, across countless lifetimes, may not have been that good, that’s why in this birth I cannot feel the joy of being a woman.

These big words of mine hold some truth if seen from the point of history and knowledge. If there were only women in this world, without any need for a man to reproduce then there would have been no world wars. No riots. No lynching. No genocides. No Hitler or Khilji. No killing in the name of survival of the fittest.

The ideal world of which we dream; above and beyond the soaring towers, buildings and monuments. A world without war and violence manifests in a world ruled by women.

We live in a diverse world where myriad communities, religions, cultures, and traditions co-exist, forming a harmonious rainbow. But, unfortunately, this beautiful diversity has certain myths and taboos that now seem to plague the society at large. One such common and prolonged myth is the myth about menstruation in India. This myth of menstruation has become a taboo now.

We don’t realize that there is a certain mindset, made of false facts which constitute the backbone of the menstruation myth in India. In relation to this, there is a mythological story that revolves around lord Shiva and Goddess Sati.

A menstruating woman should not go to the kitchen

A menstruating woman should not go to the kitchen! This is amongst the commonly known menstrual taboos in India. A woman is the basic unit, in terms of sociology, and the soul of a family or household in terms of literature. Her affection, care and adroit hands while cooking is what keeps us up and fit to lead our lives jubilantly.

Thus, not allowing her to fulfil her part as a mother is next to violating a woman’s dignity. So, why does this myth still persist? Why do conservatives take note of this myth when, on the other hand, they say a woman is meant for the kitchen? Find the reason in the second part of this article which is on menstruation myth and facts.

A menstruating woman should not enter Temples

Whenever it is about entering the Temples, women are advised not to visit at any cost. This restriction is imposed based on the belief that the menstrual blood is impure. This belief of impurity determines the soul behind many of the menstrual taboos in Hinduism.

During menstruation sex should be avoided

As witnessed in many blue rated videos- a trend and business started by the west through the medium of technology, sex during periods is encouraged as ten times more pleasurable. The other reason states that a woman during her periods is quite sensitive, thus easy to dominate as the talk goes on in today’s pervert atmosphere.

So next time let’s not just get away with this fact thinking it to be just another myth of menstruation in Indian culture.

Swimming and washing one’s hair should be avoided

This prescription has been elucidated beautifully in the thick book of Vedic knowledge. Water is one of the five essential elements that make life possible on the planet, thus it has the power to create, as well as destroy just like the other four elements.

Women should become particular about their eating habits

Menstruation is a time when the body goes through many changes, preparations and toil so that the life who shall take birth in her being flourishes within as well as long after leaving her womb. So, if rich food is consumed that consists of the least of nutritional value like the favourite of all- ‘junk’ food. It can affect her body temperature in a negative way, thus a detriment to her health.

Superstitious beliefs about menstruation- Mere rumours without any science behind them

These are five Indian superstitions about periods which fail reason, logic and science above all-:

A Menstruating woman will contaminate the food

The reason, in this case, is quite different than the one we just read about where the woman is not allowed to enter the kitchen. This taboo applies for the first myth also which we will understand under this heading in detail. Now, those ignorant of the preciousness of their very lives have somehow with their little to depraved thinking given rise to this taboo.

A woman sheds blood so that our bodies that enable us to do wonders in life comes into existence, in the first place. And if a man, god knows how- so wise, considers his own blood unclean then what should the sane world call him?

The reason why a menstruating woman is considered to contaminate food because when the uneducated prevail in any society, not only India turns blind even if it is subjected to all the light in the world. The king of all light, for us earthly, the sun too can’t help when such is the case.

A practice way backward than the most backward of mindsets, that fuel such practices. Here too the uneducated have prevailed over the masses who have no respect for their own lives. In rural areas of Nepal, menstruating girls are often subjected to this discrimination, and thus kept in isolation whereas their brothers continue with their adventures.

The reason here too is considering one’s blood as impure as mentioned in the taboo above.

The tendency to think of menstruation as something ‘dirty’ drives the mindset to prevent women from interacting with men during the monthly cycle. This is so, as it can turn out to be contagious for the man of the household or in general. These taboos seriously seemed to have derived from those who plan to pump out all blood from their body and replace it with water.

The muscles, tissues, organs, skin and all that our physiological self is made of needs blood to thrive and function. This is the same blood that trickles down the knees of a child when he hurts himself while playing.

Periods are the same for everyone

Individuals quite evidently differ from each other in terms of physical constitution, mind, genes, personality and karma- just being of the same sex doesn’t define identical. The experience is unique to each individual, and considering it as something general for all females is being outright sexist. The feeling of bringing life to this earth as the speechless eyes of the mothers convey is a distinct blessing whose joy differs from individual to individual.

The pain, sweat and turmoil following pregnancy till the time of delivery are what the life-blood of menstruation embodies. Quite like the principle of winter always turns to spring- here winter is the physical and mental strain whereas the life that emerges from her womb is no different than the pleasant breeze of blooming spring.

Due to this generalization, the ancient menstrual rituals that were centred on the mental and spiritual power of a woman began to be forcibly enforced as with the corrupt age knowledge took a back seat, and superstitions were allowed to reign.

The core of all Menstruation Myths

Life itself is cosmic energy, that activates and keeps our otherwise decomposing flesh alive. Paramahansa Yogananda quotes, “The seventh centre, in the cerebrum, is the reservoir where the cosmic life-energy is stored, to be drawn upon as needed to sustain and activate the body. It is the accumulation of life-energy in the brain that one sees as stars or a flash of light if the head sustains a hard blow: the energy has been forcibly displaced”.

The physiological functions of a body are fuelled by certain energies known as bio-energies, or in the Vedic language Doshas. An individual is made of three types of Doshas- Vata, Pitta and Kapha, or in other words air, fire and water. These three elements that constitute all forms of life, not only human beings play a significant role during the monthly cycle of periods, as periods is the time to cleanse oneself of all the excess impurities.

The Vata dosha, which is air is responsible for the downward flow of energy during menstruation. So, many prescriptions were formulated by the Vedic seers to prevent any interference with this downward flow of energy, as it may turn out detrimental for the woman. Menstruation also enables a woman to absorb other forms of energy from her environment, around which the myths and taboos have surfaced.

The manipulation and misunderstanding of the deeply analyzed upon the concept of the three Doshas, has weaved tangible webs around the rich culture of India stifling its flourishing. These webs of ignorance and blind rumours are the bricks, one on top of the other, that have together formed thick walls ensnaring the otherwise free minds of the people.

The Indian superstition about periods which to a sound mind appears nonsensical if enforced with disregard to an individual’s will shall continue to persist till sex education becomes an integral part of the entire system of education.  The few menstruation myths above, of which we had a quick glimpse, can only be eliminated as myths when the true knowledge of the Vedas and other Hindu scriptures prevail.