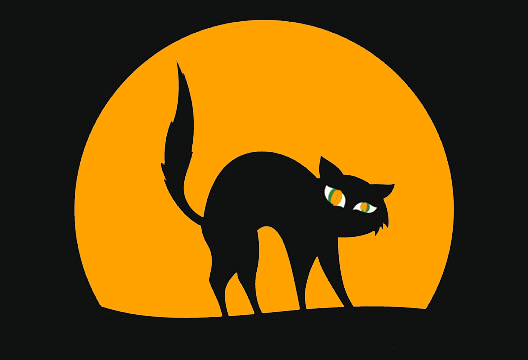 India is very different from other countries. Today, India is known for its achievements, whether in the field of science, technology or literature. However, even though developing, many baseless superstitions still manifest in the day-to-day lives of the people. So these superstitions in society today are considered important! Thus, now we have to consciously ponder on the matter that from where do superstitions come from? Superstitions in India and their scientific reasons is what we have analyzed and contemplated upon here.

Here are the top 10 famous Indian superstitions. These famous superstitions in India with examples will surely help to understand the logic and science behind them.

The practice of hanging lemons and chillies on the front door by the shopkeeper is one of the many typical Indian superstitious beliefs. It is said that when goddess Lakshmi comes to your shop, this makes her happy- lemon and chillies. Food that is sour and pungent is considered to be her favourite. Thus, if she finds these at the entrance then her blessings will lead to a good sale for the day- as the saying goes.

If a black cat crosses your path, it’s a bad omen!

This superstition is intrinsic to not only the Indian culture but also common in the west. When you are going somewhere and suddenly, out of nowhere a black cat crosses your path then it is considered a bad omen. In order to save yourself from this situation you must let any other person cross your way first. But, who has time to wait? So, the best option will be to change your way. Black cats have been attributed to this superstition because they are universally considered to be evil by their very looks.

There is no such scientific proof behind this Indian superstitious belief. It is said that in the older days people used to travel long distances by carts, which were pulled by animals. While passing through a forest at night big cats like tigers and leopards were on the prowl. If a cat came to cross their path, it would alert the traveler and he would tend to abstain from proceeding further.

There was no sign of these superstitions in cities; it was valid only in jungles. Thus, it seems to be a mere rumor turned superstition.

Do not sweep after sunset!

In India, Goddess Lakshmi comes to your home at the time of sunset. So you should not sweep after sunset. If you will sweep after sunset then, it is considered a sign of disrespect to the Goddess. A bad omen for your business matters, and affairs that deal with money.

Oops! Any idea what causes this to be one of the superstitions in Indian society?

The real reason behind these superstitions is that after sunset in older times there was no light at home, so there was a high chance of breaking something while cleaning. Another reason is that the floor was made of mud, and sweeping at night might cause a dusty environment. Thus, one has to take a bath, and taking a bath at night might cause you fever or flu.

Superstitions India- Why we should not sleep with the head towards the north?

According to Vastu Shastra, you should not sleep with your head towards the north. As per Hinduism, only the head of the dead body is placed in the direction of North. Maybe, this is just to make people believe that it is not the correct position.

But is there any scientific reason behind this superstition? Or is it just another of the Indian superstitious beliefs?

The scientific reason behind this is that sleeping in the opposite direction of earth makes the energy flow smooth. This enables one to have a goodnight sleep, thus breaking the restlessness caused by Insomnia. That’s why it is recommended to sleep with one’s temple towards the east. In this way, memory fields are neutralized and you get a perfect sleep. This also helps in increasing memory and concentration along with having general health benefits.

Hindu tradition believes that when the body dies, the soul leaves for the north direction. Also, Ayurveda says that the issues of blood pressure and related diseases arise as the body-mind-spirit integration is disturbed.

Don’t go near a Peepal tree at night!

According to Indian superstitious beliefs, it is said that if you go near a peepal tree at night then evil spirits might harm you. It is a known fact that plants release oxygen during the daytime through the process of photosynthesis. Whereas, at night they release carbon-dioxide.

Superstitions India- Logic behind this superstition

The logic behind this superstition in India is that trees release carbon dioxide at night and if you sleep under the tree at night you’ll feel like suffocating.

Why do people throw copper coin in the water

In Indian tradition, they believed it as a source of good luck. But is it just good luck?

Know the logic behind this superstition

The practise of throwing copper coins in tanks, where it was meant to purify the water to the extent that it became drinking water. As these tanks were the main source of water at that time, therefore, putting copper coins in them played the role of a ro water purifier.

Indians consult astrologers for what they should do to make themselves rich or become free of sins, and more. Then astrologers tend to provide them with different gemstones as per their Kundli. Then, many wear these gemstones with the belief that whatever happens will be to their benefit.

Do you know that these gemstones work on their frequencies?

The scientific reason behind wearing gemstones is that they receive the cosmic rays from all planets in the form of colour-coded frequencies and then infuse it into our body through the ring. Colours like green, blue and red influence the rays to enhance the physiological functions of the body.

Why you are made to eat Dahi shakkar before doing something important!

According to Indian culture and some superstitions in society today, it is believed that it will bring good luck to the person consuming it.

There is certainly more to this. As per Sanatan Dharma luck is all about the efforts and energy.

The scientific reason behind this Superstition is that the combination of Dahi and shakar helps to energize your body by supplying glucose to the brain. Curd is known to have soothing effects on the body and mind therefore, eating Dahi shakar helps in providing instant energy to the body.

Keeping a knife below the pillow!

According to Indian superstitious beliefs, keeping a knife under the pillow is the easiest way to reassure yourself against nightmares.

Yet again it is about the magnetic fields. Let me explain…

Read about the relation between Nightmares and knife – Science behind the dreams.

Meat should not be consumed on certain days!

There are various reasons for this. It varies from person to person. Many Indians don’t eat meat on Tuesday and Saturday considering these days as holy.

The logic behind this superstition

This Indian superstition and the logic behind it is that you should not eat meat, regularly, as your stomach needs time to cleanse itself. Some meats are high on fats- saturated fats that can raise the cholesterol level. Thus, increase the risk of a heart disease.

How to remove superstitions in India?

Now concentrating on the question- “How to remove superstitions in India?”. Well, unconsciously via subconsciously they have become a part of our life. Thus, making them normal and unquestionable.

There are various superstitions in India and most of them are scientific by nature. While some depend upon the psychology of the person.

By this article on superstitions in India, we conclude that all Indian superstitious beliefs have some great facts behind to tell, which make their essence quite interesting. India has many secrets, which may not be decoded at this level. All these facts are given by top sages of the Indian civilization. Therefore, we must follow these superstitions with our minds delving in logic and reason.

Not only myths and superstitions but certain practices have also become a taboo in India. Like the myths and taboos associated with menstruation. We have decoded the menstruation myth in India.