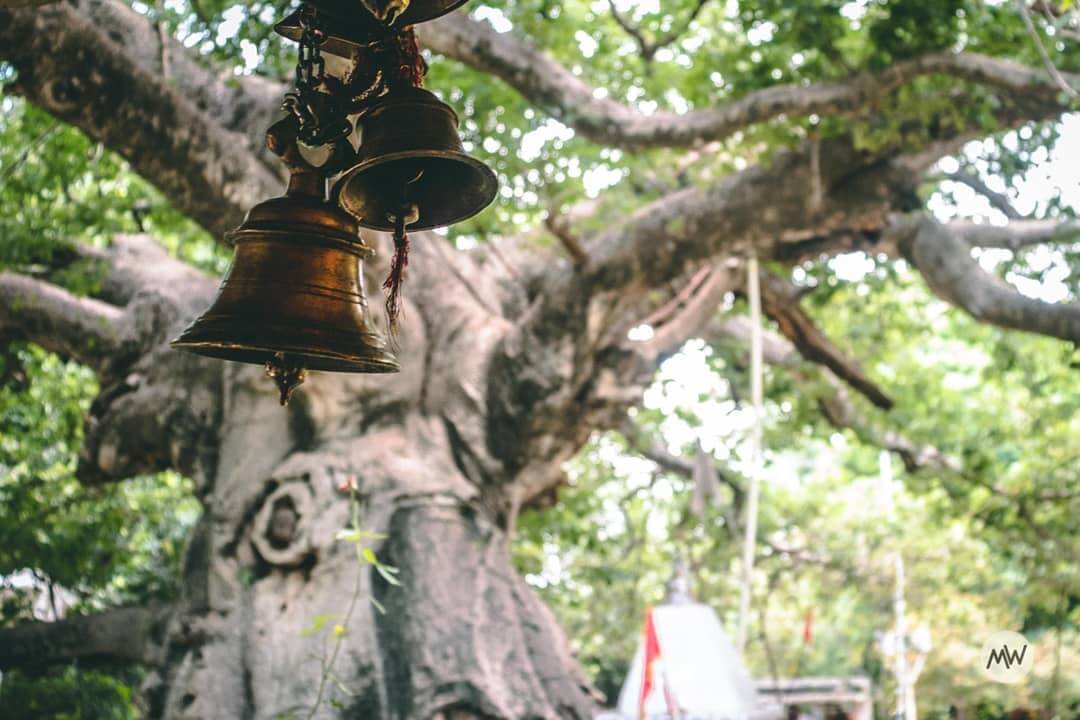 Trees are generally regarded as gifts from god. They give us air to breathe, which gives them immense power over us. Indian culture is very conscious of the connection between humans and the natural world, and thus takes active steps to make sure all flora and fauna are preserved and allowed to thrive.

Similar to Kalpavriksha, the Parijaat tree is a shining example of the connection between nature and the divine. Located in Uttar Pradesh, this tree has gained popularity because of its unique physical features and the legends that stem from it. Many locals call it “the tree from paradise” and associate it with spirituality and religion. The sacred nature of the tree has made it a tourist attraction, one that you definitely should not miss!

The Parijaat tree is situated in the Kintur village, which is 38 kilometres away from the local district headquarters. The area has a variety of ancient temples for worship, where Hindus regularly go and pray to a pantheon of gods. In 2010, concerns were raised over the Parijaat tree’s survival through the years. A five-member panel was formed from the Narendra Deo University of Agriculture and Technology in Faizabad. One of the members on the board was the head of crop physiology and stated in a meeting that the tree was suffering damage from several problems that needed to be tackled. A panel of scientists started working on the tree in 2010, and the tree still stands strong as ever in 2019. The forces of science and religion came together to preserve a token of culture, one that gives many people hope and a drive to move forward. This is the true spirit of India.

There are several theories about what makes the Parijaat tree so special that it is called a tree from heaven. The mythological explanations are the ones that locals sit and tell stories about. It is believed the Parijaat tree is near a temple established by Kunti, and that the tree grew from Kunti’s ashes. One of the narratives goes that Arjun (a character in the Indian epic of Mahabharata) brought this tree down from the heavens. Kunti used the flower’s from this tree to crown Shivji with a garland of flowers. The other interpretation goes that Lord Krishna brought this tree down for his queens Satyabhama and Rukmini, as a token of love. Parijaat flowers are offered whenever Krishna’s idol is worshipped. According to an important text in Sanskrit literature, the Parijaat tree is unique because it is a Kalpavrishka. This means it is a wish-fulfilling sacred tree, much like a wishing well! Local legend states that the Parijaat tree is found only in two places- Kintur and heaven. After a wedding, newlyweds frequent the tree to bless their marriage. In addition to tourists visiting, every Tuesday the local people gather in a fair to pray around the tree. With such spiritual significance, the tree certainly deserves its divine title.

In addition to religious theories, there are many scientific and historical explanations for the Parijaat tree being in Uttar Pradesh. In a botanical sense, the tree is called a Baobab and is usually found in sub-Saharan African. It is deduced that the tree was planted by a traveller frequenting between India and Africa. There are theories proposed that the traveller who planted the tree could have been Ibn Battuta. He was born in Morocco and went on to travel the world, becoming a famous explorer who left his mark on history. This is one of the many theories that the common public bounce off of each other, but the team of scientists working on the Parijaat tree are currently attempting to determine the age of the tree. No matter the history behind it, the locals continue to worship devotedly.

The Parijaat tree is a sight to see. The leaves in the lower half look like a hand, as they have five tips. As you move upwards, you’ll notice that the number of tips increases to seven. Nature becomes more bountiful as you move upwards to heaven. The flower on the Parijaat tree is beautiful, and whenever it blooms its fragrance is spread for miles. The white colour slowly turns golden when it dries out, and locals see this as ‘offering gold to the gods’ when they are praying. They also believe that, because the branches of the tree don’t fall off but get absorbed into the trunk, the tree is an overall protector of anyone who seeks blessings from it. To be under the shade of the Parijaat is like receiving a blessing from your elders- precious and irreplaceable.

The tree has become a landmark for tourists to marvel at and seek blessings from. The morale of anyone who visits is greatly increased and the preservation of the tree has shown the general public a healthy example of science working to support spirituality and religion. The fair that takes place every Tuesday near the tree is a regular ritual and unites the locals and makes sure that there is no bad blood under the auspicious tree. It is important to stay grounded, and the roots of the Parijaat ‘ground’ any visitor. For blessings straight from the heart of all things holy, make sure to stop at the most auspicious tree in the country.