Self-realization is doing nothing 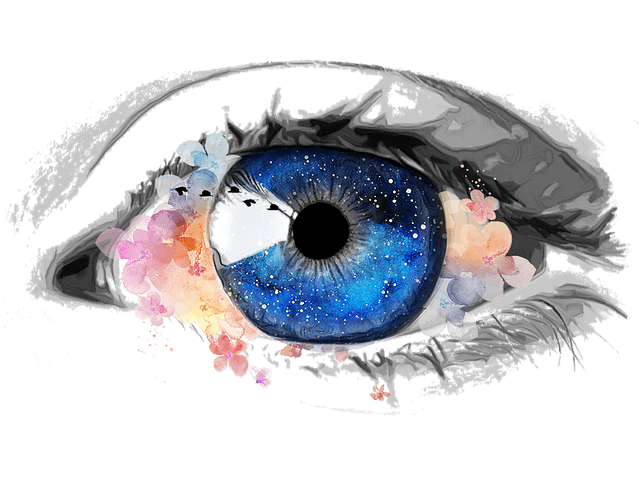 The sky has a story to tell, each time one gazes up at its vastness. The blue abundance is a natural sheet and the clouds are its words of expression. A child submerged in his play with toys both broken and new. It may not be a child but just another abstract art, but somehow these eyes of mine interpret it otherwise.

When daybreak is at its peak and the rays of the infant sun gradually penetrate through the cracks between clouds. The sky reveals a masterpiece of its own much divine than those found in galleries and museums.

Thus, there can be no greater artist than the sky who mystically brings to life stories that neither have a beginning nor an ending. Scenes of an unknown movie reflect on the pristine faces of the clouds that proliferate and move about the sky. Trees usher in the rain of the clouds as if a nautch girl pirouetting in rhythm with the thunder, and her anklets ringing in rhythm with the beating rainfall.

Rooftops that gradually rise towards the peak of a skyscraper now engulfed in dark shades against the red sunset sky; still as ever they wonder at what it means to be mobile by gazing at the play of dye-drenched clouds in the sky. Sunset-sunrise-sunshine, the sky keeps changing as stories each with a mind of its own accentuated by the clouds unfold day by day.

Well, not to forget the night which is another epic altogether with diverse stories behind each star, moon, and the very darkness.

If such a question ever comes to mind of a third person or oneself that ‘what is self-realization?’ I’d say it is doing nothing of the sort that requires hands, legs, or speech. But, everything of the sort that requires learning, knowing, and understanding. Learning as in finding meaning in the intricacies that persist and flourish above and ahead.

Knowing as in seeing for the first time what the eyes always saw, and understanding comes upon what one has learned and known.

The Buddha while contemplating upon his innumerable questions under the Bodhi tree, found answers for all of humanity only through assiduous and incessant trekking of these three hills. The Buddha did nothing compared to restless conquerors who wanted to own even the sky and the air.

Sages and worthies whose deeds, and words ring in our ears to soothe our mind and soul did nothing as such for people like us who feel bound to do everything to seek them so vehemently.

Nothing is a word that defines the wind, and the great power yet doing nothing is nowhere near something. Well, life plunges down precipitous ravines only to soar again unrestrained- this famous ups and downs of life we often read, see and hear can be realized as a breakthrough revelation only when doing nothing.

Nothing is worth a penny of our distress; nothing is to be found in the dictionary of possibilities, nothing lay on a bed of roses and amorous fulfilment, last but not the least nothing is what we breathe and enable this body to stay alive.

Even after attaining Moksha or nirvana thus, the end of all man’s endeavours what prize do we expect to be bestowed on our eternal life?

An adventurer likened to Indiana Jones after getting hold of his lost ark or crystal skull what revelation is there to hold onto. The same goes for the much-craved lust, or power-hungry mongrel say, Vikas Dubey. What satisfaction they found in their repeated relief of the same sensation! If there was some satisfaction then why seek it again and again till they no longer could?

“Shunyam, shunyam, shunyam”- Buddha’s voice permeates the most apparent shunyam, the very air. Still, without lust there will be no flesh to understand and explain this nothing, without power man can never regulate another’s a crime against another, without exertions there can be no dramas that make us laugh and cry each day. And without food, there exists no thought to write one’s heart out for the world to know and ponder.

A red ball shining in the stadium lights swings along the wind gushing against it- could be in-swing or out-swing. Who knows the result whether a four, six or bowl! Yet in apprehension, the bowler releases the bowl like a bird released from her nest dependent solely on the power and skill infused by the bowler.

When doing nothing we too are like the apprehensive bowler; trying to correct the past by preventing the much undesired six. And build a bright future by bowling all out for a duck.

In the end, in reality, to be precise, neither the past nor the future makes a difference but the moment the bowl is released from one’s palm. This gold of a realization too which makes us understand why present is called the ‘present’ is acquired by doing nothing.

Spiritual effulgence which is much larger than a soaring statue spent a lifetime to construct, and way radiant than the smile that proliferates across the visage of a beautiful woman blooms in this state of nothingness.

Now, after meddling with myriad intellectual contemplations there arrives a conclusion- lust, when seen from the eyes of desire and not for creation, is just a drop of alcohol only to thirst for countless more. Thus, ruined becomes the life of a drunkard, and his sole purpose therefore then becomes to turn sober again. Lust veiled in love fools many a wise man, even sound sages are no exception.

But, if that very lust, that drive, that intensity is invested in a period of nothingness- in short doing nothing. Then through the precipitating tears, blurred vision, and restless imaginings peace found on the shores of a vast ocean, in the rhythmic sound of the waves, can be achieved even when sitting in the midst of a class of forty rowdies.

This lust is the reason behind a man’s all endeavours and only after it has been vanquished for good can one can say the tip of the Everest has been reached. This lust shifts throughout one’s being, from the reproductive vagina or penis to one’s bowels indicating hunger.

One’s fists are also subjected to lust when humiliated, and legs when belly fat has grown out of control. The five senses as a whole are perpetually subjected to lust, as is one’s speech when one feels like asserting.

Whether literature or invention, crime or prevention, success, or to defeat- lust is the driver imbued with a strong sense of fame and fortune. Thus, alas, lust the formidable of all conquerors can be defeated only when doing nothing. If still in doubt then know the Buddha and the great acharyas of ancient India.