Theory of Karma and its Meaning, Science and Relation with Dharma 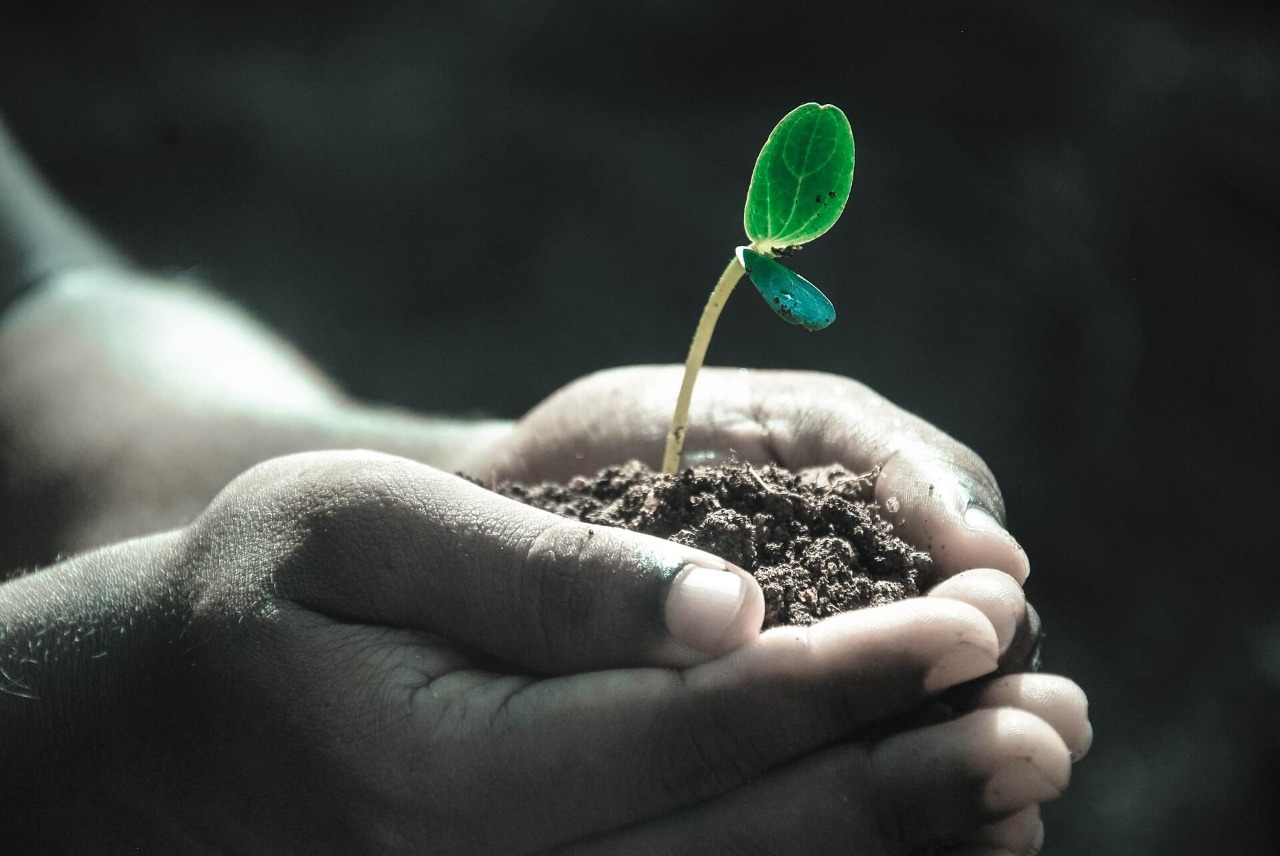 The Scientific Meaning of Karma

The whole world is aware of Newton’s famous law of equal and opposite reaction. The amount of pressure exerted by my hand in rest on the table is bound to experience the same force upwards. Here, a balance is maintained by both the hand and the table by exerting an equal amount of force on each other.

If this law fails to prevail then my hand will get plunged into the table. Such will be the case of all the proud monuments we see whose tips kiss the azure blue sky. None living or non-living shall be able to exist if the ground on which both stands fails to exert an equal amount of force. This is karma, or in the language of science the theory of karma or the law of causality which says whatever one does only to receive it back with the same intensity and amount.

The Spiritual Meaning of Karma

Well, long before the apparent observation of Newton, sages of India had already realized the universal theory of Karma that governs all things whether living or non-living. The true meaning of karma is that whatever karm an individual commits with his thoughts, words, and deeds comes back to him in the same degree.

Say, one is very angry and permeates the atmosphere with his fury then far from bliss, he’ll experience the same anger. It could be mentally, emotionally, physically and from those around him, in short socially. The Buddha and the Geeta declare Karma to be the very law of the universe that regulates all matter and living, transcending time and space.

The Rig Veda mentions a lot about Karma but, limits its essence to ritual practices. The philosophy of Karma has been further extended and analyzed in-depth in the Upanishads.

The Lotus Sutra, which is at the core of Buddhism, explains the laws of karma from an efficiency perspective. It encompasses the past, present, and future. The sutra reads: “Present is dependent on the actions of the past, the future depends on the actions being committed in the present, and the present once was future and is soon to turn into past.”

Here is where all phenomenon lies. There is an unbreakable connection between karma and destiny. One’s mere intellect and muscle power cannot help prevent the consequences of the wrong deeds committed. If it were so then, Adolf Hitler and Bakhtiyar Khilji would have been the happiest people to have ever walked on earth. The wheel of karma spares no one and the repercussions of one’s deed perpetually hang overhead like the sword of Damocles.

Theory of Karma and Dharma

The question of Karma has often given rise to complex controversies, arguments, debates, and ceaseless theories. Does Karma exist, or is the theory of karma purely abstract in nature? Is the philosophy of Karma something irrelevant to be discussed, and believed in with respect to today’s time? Life quite obviously is limited to our flesh made of sperm and blood, isn’t it? So, what value does karma hold in front of this fact?

A scholar and poet, Mr Daisaku Ikeda who is the president of the Buddhist organization Soka Gakkai International which promotes the propagation of the Buddha’s intent based on the Lotus Sutra has given a very lucid explanation for the unseen law of karma. He says, “Unless our lives are eternal, how do we come to terms with the inequality into which people are born? This question remains”.

He further adds that the place of one’s birth whether Japan, Indonesia or India. The size, shape, and completion of one’s physical self; unique personality and tendencies of an individual. Or, say for instance some born with incurable diseases or mental-physical disabilities.

The unfortunate circumstances one faces which vary from person to person in his or her lifetime- all of these that appear to be without any source is actually the consequence of one’s accumulated Karma generated from thoughts, words, and deeds. He emphasizes, “If we thoroughly pursue the question of where our Karma comes from, we realize its source cannot possibly be found in this life alone. We are forced to acknowledge that life is eternal”.

This shows that even in foreign lands the universal principle proclaimed in the pages of Sanathan is being upheld as an answer to the spiritual crisis facing humanity. The meaning of Dharma which is central to all philosophies originating from the womb of Sanathan; whether Buddhism, Jainism or Sikhism sheds light on the cosmic order or law of the universe. This law without beginning or end is karma.

The Eternal Nature Of Life:

Our body is a cloth which with time decays, thus making us wear new clothes whose characteristics like design, colour, and size is determined by what we were last. The poet and saint of Varanasi sing of death as a new beginning and not the end of everything.

“That death which the world fears, my mind delights in. Oh, when shall I die and unite with the infinite supreme bliss?”

-The Mystic Wisdom of Kabir (Translation)

The Upanishads, speaking on the theory of karma, illustrate on the cosmic order as something that is carried forever. Like, one’s Karma sets a ripple effect across lifetimes from which there is no escape until the storehouse is emptied of one’s negative karma.

Karma itself as mentioned in the above paragraphs is constructed of words, deeds, and thoughts whose importance has been from time-to-time brought under the limelight by great figures like Mahatma Gandhi, who preached and followed the Isha Upanishad. He gave form to the three ways of life through the sculptures of three monkeys which say: “Bura Na Bolo, Bura Na Suno, Bura Na Dekho”.

Life is a dream when asleep, and after the eyes are lit we’re living a dream thus, the colours never cease to exist for our consciousness like the sky which remains the same though its colour changes from blue to red, crimson, black and often silvery.

Kabir Das who had been subjected to immense persecution by both Hindus and Muslims during the medieval era was a devotee and poet whose lips never ceased to take the name of Hari. He was one of the few among rares who found in death a revelation to which the masses were largely oblivious.

He appealed to the warring parties of that time, with his lyrics and voice that the dead person in front is not the end, nor is his death the end. As per one’s karma, one lives on and on through the painful cycle of birth and rebirth.

“Kabir Das declares, although the body dies repeatedly after each birth, the mind does not die, nor does Maya, not even hope and desires”.

Drawing a beatific smile on his face he opens up his heart and sings in triumph and ecstasy, that he is neither Muslim nor Hindu or he could be called both, but never separate. Above all, he thumps his chest as a devotee of Hari who is ubiquitous and all-encompassing. The power of the universe is what he considers himself to be without the vermilion on his forehead, and skull cap on his head.

“That death which the world fears, my mind delights in. Oh, when shall I die and unite with the
infinite supreme bliss?”

-The mystic wisdom of Kabir (Translation)

In gist, the poet of Varanasi sings of death as not the end but, a brand new beginning.

“The two who are made of truth yet made of magic have come together; they have made a child and given birth to him and made him grow. He is the navel of all that moves and is firm, who with his mind stretches the thread of the poet”
-The Rig Veda

As a child, one thought of this world to be a place where magnificence and wonder thrive. Within all there lay the same innocence and purity of heart as the child. One is born fearless, humble, free and happy the qualities a woman looks for in an ideal man; fearless not because of might, humble not because you’re stupid and freedom via bliss not because you’re thought to be enlightened.

Such is a child free of the chains of karma it seems, though like all good things on earth childhood lasts for a very short time. A man full of deceit and relentless contempt is reborn with the same tendencies though it doesn’t appear to be so on the sublime face of a newborn infant. The deep karma that is stuck to one’s atman or true self slowly becomes visible as the child grows through his actions and the repercussions that he then faces.

Karma is simply a law that regulates an individual’s existence across births and lifetimes. The theory of karma believes that what goes around definitely comes around. The Buddha described it as the ninth consciousness. Adi Shankaracharya, who is known to have contributed to the history of karma by coining the term in its true sense and many great thereafter who showed with their very lives the expiation of their negative karma.

A thorn-filled path of relentless persecutions and onslaughts is what brings one closer and closer to the perfect life-state of enlightenment.

Tears flow ceaselessly down the dark ravine, I wonder of the light
that shall heal the darkness where I have remained far too long
I shall commit what deed to cause no pain, I shall think what
to cause no storm, I shall say what to receive no rebuke!
Ah, my life is slanderous and quite obvious I made it so, no
god, no man, no woman but I. Today, as I lay on the wet grass
with the plain sky above on which the colours of my memories
spill boundless, I hear the clear stream that flows beside waiting
for the last breath I sigh: Where shall I go next?