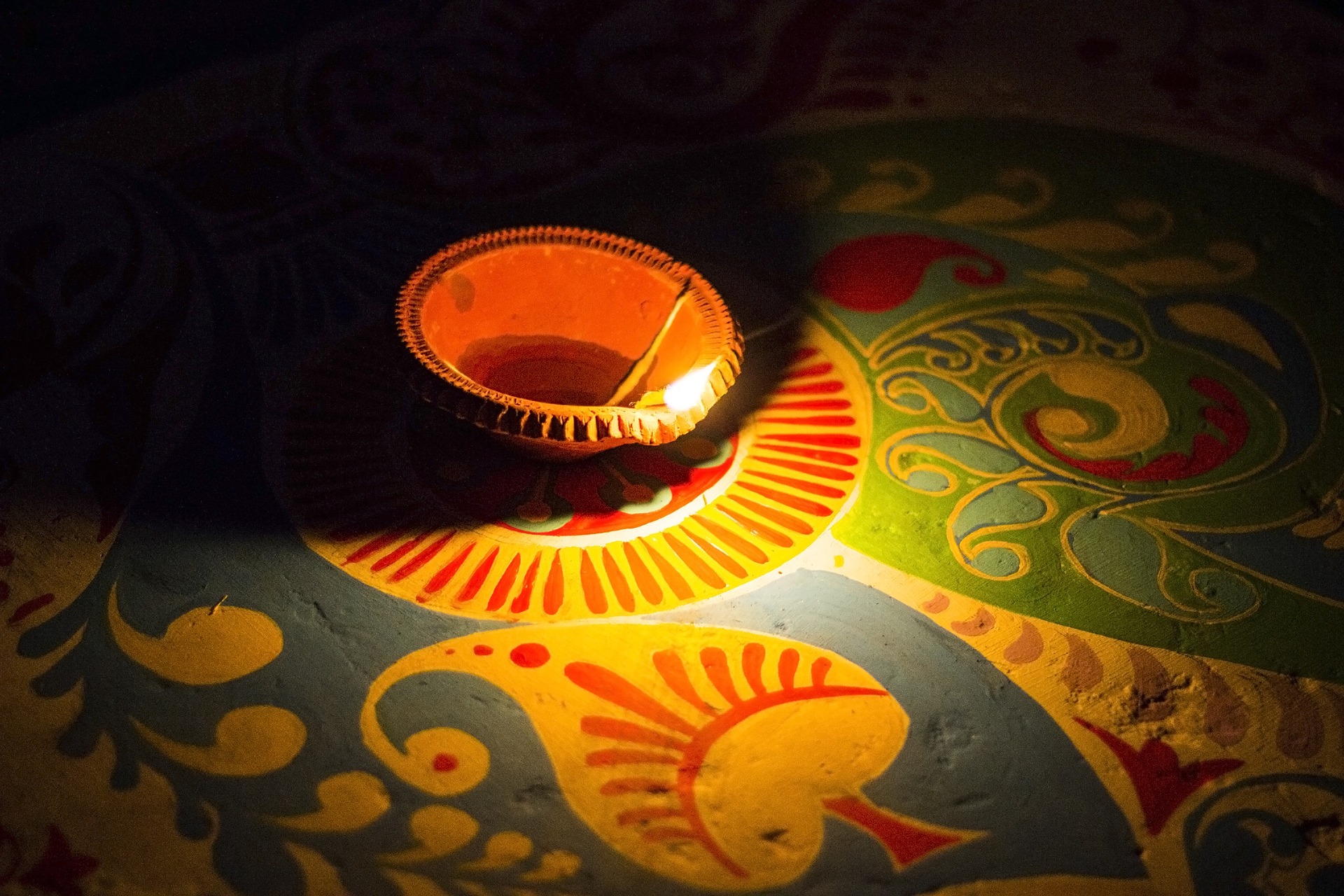 India is the land of festivals. It is also said that to be a part of all the festivals celebrated in this sublime land you will have to take many births. Being a host to a plethora of famous festivals, India offers a life-changing experience. India’s rich festivals have now spread to the whole world. Festivals in India tend to be amazing and great.

People from across the world come here to explore and enjoy its diversity. India is a diverse country but, still, when it comes to festivals all barriers of caste and creed are left behind in the name of brotherhood and celebrations. When the land is coloured in the hues of a particular festival, that is the time best to experience India.

India is rightly known as the land of diversities for the various types of festivals that India is home to, can surprise you. Owing to the coexistence of diverse faiths and communities, India has its own share of much loved cultural festivals. Religion is a part and parcel of the Indian Society and hence the lists of religious festivals of India are never-ending.

Mahashivratri, the festival of lord shiva is celebrated every year with a lot of joy and enthusiasm. This festival, one of the most famous festivals in India, is celebrated on the 14th day of the dark fortnight in the month of Phalguna. On this day devotees of lord shiva keep a fast and offer flowers and milk as an oblation to the Shivling. It is believed that the person who worships lord shiva on this day with a pure heart is bound to be relieved of all his pains.

According to Bhagavad Geeta at the time of Samudra Manthan, numerous boons began to materialize. But, unfortunately, a deadly poison too came into existence as a result permeating far and wide through the medium of water, leading to deaths of animals and human beings on a grand scale.

Unable to come out with a solution all the gods began to fear the consequence of the dreaded poison which continued to wreak havoc. It would indubitably lead to an imbalance of life on the planet.

Distressed, all the gods went to Mahadev for a solution to the imminent disaster. Mahadev, the destroyer of evil annihilated the darkness that loomed over the earth by swallowing the poison.

This brave step propelled by his love for life created a dark blue tinge on the face of his neck. This dark blue tinge gave him a new name NeelKanth. Thus, this great deed is celebrated as Mahashivratri, one of the most revered Indian festival today.

Have you ever wondered why Mahashivratri is celebrated during the night?

Read our article on the science behind Mahashivratri and its significance.

Holi festival is an Indian festival that has now become a global festival. On this day there is a high level of energy among the children. They commemorate this day by applying colour on each other and by showering balloons and water with their water guns. This festival belongs to all religions and has become an integral part of different parts of the world, making it one of the most globally celebrated Indian festival today.

This festival has a magnificent significance that on this day people forgive all their foes and strive for a new start in life. This day is so auspicious that it symbolizes the victory of good over evil along with the arrival of spring at the end of the winter holidays.

A bonfire marks the ushering of this festival known as Holika Dhahran which means burning of the demon Holika. Seen as a celebration of life and joy, Holi is one of the most loved and anticipated festivals of India.

Do you know that Holi is celebrated for around a week in Vrindavan Mathura region?

Learn more about this festival of colours in our article on Holi Festival, India.

Durga puja is among the prominent national festivals of India. This festival is quite popular in the state of West Bengal. Durga puja is celebrated every year in the month of September and October. Before this festival, numerous statues of the goddess Durga are made along with the statues of Ganesh and Kartika.

The significance of this festival is likened to a married woman who comes to her parents’ home as Durga arrives for 9 days. To please the goddess, every feasible thing is done. Bengal is known for its excellent pandals when it comes to Durga puja. This festival is a representation of victory of good over evil.

Durga puja is celebrated with great enthusiasm all over the country. On this occasion of Durga puja, Kolkata is decorated like a bride and during this time people from various states visit Kolkata to become a part of the buoyant celebrations. There is an interesting twist to Durga Puja- marking it as a distinct celebration in the light of the topic “famous festivals India”.

There is an interesting twist to Durga Puja.

Swami Vivekananda started the practice of worshipping small girls during the Indian festival of Durga Puja.

Navratri is one of the favorite festivals of Hindus, making it one of the most prominent North Indian Festivals today. This festival spans over 9 days and is celebrated all over the world. Some people observe fast on all the 9 days and some on the first and last day.  There are few who abstain from consuming onions and garlic. It is believed that observing fast brings us nearer to god. The aforementioned strengthen our willpower and increases self-confidence in ourselves.

Navratri is the most magnanimous festival rejoiced by Hindus. In Sanskrit nav means nine and Ratri means night that is nine nights of celebration. It is celebrated for 9 nights and 10 days dedicated to the goddess Durga. The last day of Navaratri is called Navami. It is celebrated as the victory of goddess Durga over the demon Mahisasur. Navrati is also known as Durga Puja in West Bengal and is regarded as an important religious festival of India

People perform Kailash Staphana in which they keep coconut over an earthen pot. People observe fast for the entire course of nine days. Many offer oblations in the form of fruits in the temple.

Do you know the science behind fasting in Navratri?

Navratri is the starting of a new season in the month of February March which affects our metabolism. Read in our article on Healthy eating habits in the Indian culture to know the importance of fasting in Navratri.

Joining the ranks of famous Indian festivals is Basant Panchmi and it is celebrated as the birthday of the goddess Durga. It is celebrated throughout India every year on the 5th day of Magha month. According to the Hindu calendar, it marks the end of winter and the beginning of spring. Basant Panchami represents pleasant weather and this season observes the birth of goddess Saraswati who is the goddess of knowledge, art and music.

Temples are decorated in honour of goddess Saraswati. Secret offerings also take place driven by the belief that the goddess will join their celebrations. People on this day wear yellow clothes and eat yellow sweets. With the coming of the spring season, a pleasant scent engulfs the surroundings. Happiness too fills the air at par with the pleasant scent of the blossoming earth and sky.

Do you know that Basant Panchmi is the first day of Spring season?

Learn more about the impact of Basant Panchmi and how to keep yourself healthy by reading our article on Healthy eating habits in the Indian culture.

Diwali is known as the festival of lights. Celebrated by Indians hailing from all over the country, Diwali is often considered to be the biggest festival in India. It signifies the triumph of good over evil. This festival is integral to the Hindu faith. It is also celebrated amongst the other dharmas that are a quintessential part of the Sanathan dharma like Buddhism and Jainism. Hindus celebrate Diwali with fireworks and exchange desserts. Owing to its popularity among all communities,

This festival is celebrated on the return of Lord Rama who is an incarnation of Lord Vishnu after slaying the heinous demon Ravana. Homes are cleaned and people buy new clothes and decorate their homes with garlands of lights along with diyas. Many Hindus honour goddess Laksmi on this day who is the goddess of prosperity and wealth.

Thanks to this famous festival, India and its people experience days of festivities that include colourful fireworks and diyas. This festival marks the return of Lord Rama with Sita after a long exile of 14 years.

Are you aware of Budhi Diwali?

Budhi Diwali is celebrated in Sirmour, Himachal Pradesh. It is believed that the news of the victory of Lord Ram and their return to Ayodhya came late to the people in this area. Therefore, they celebrate Budhi Diwali as a mark of joy when they received the news.

Being one among the 10 famous festivals of India, Ganesh Chaturthi marks the birth of Lord Ganesha and is celebrated with great pomp and devotion. There is a famous story behind this: one day when goddess Parvati desired to take a bath she instructed her younger son who was made of earth and blessed with her grace to not allow anyone to enter while she took a bath.

Unfortunately, during that interval, Lord Shiva arrived and tried to go inside but the little boy prevented him from doing so. Thus, this enraged him, and the great lord with a snap displaced the boy’s head from the rest of his body. Seeing the lifeless body of her son, goddess Parvati became furious and ordered lord shiva to bring him back to life.

Ganesh Chaturthi is a 10-day long festival and on its first day, the idol of Lord Ganesha is welcomed, and inaugurated inside the homes of the people and then, worshipped on all the remaining 9 days. When the final 10th day arrives, this idol is submerged in the water thus, bidding farewell with ecstatic songs and dance performances.

In order to experience Ganesh Chaturthi in its true colours, there is no better place than Mumbai. This festival of India remains till date, an immense source of attraction for Indians all over the world. Many people are taking initiatives to make idols with Alum to prevent pollution of water bodies by submerging the idols.

Many people are taking initiatives to make idols with Alum to continue polluting the water by submerging the diols.

People submerge themselves in the holy water as they believe that they’ll be freed from all their sins. It is celebrated four times a year.

Do you know Kumbh Mela is even visible through Satelite?

Know various other facts about Kumbh Mela in our next article.

This festival celebrates Lord Jagannath and his brother Balabhadra along with his sister Subhadra, as he embarks from his sacred temple located in Puri. The Rath Yatra is centred at Puri, in the state of Odisha. It is also mentioned in Bramham Purana and Padma Purana.

Jagannath Rath Yatra constitutes the largest gathering of people on the planet. In 2016 around 30 million people came together in the Rath. Owing to the huge participation, it is considered to be one of the most famous festivals in India.

Are you aware of the quarantine of Lord Jagganath?

These rich festivals that surround like a brilliant aura around a great figure, the essence of famous festivals India shimmers in the light of this aura that reflects in the smile of every Indian.