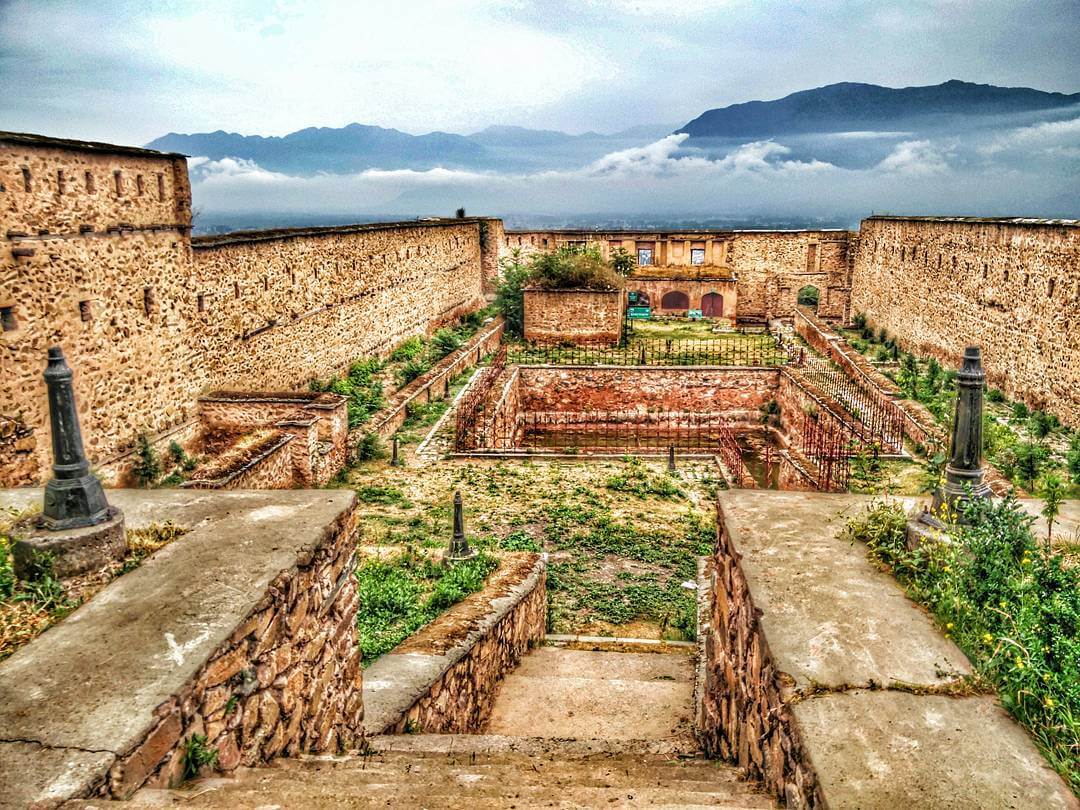 INDIA, as we all know, has always been considered to be a land of culture and variety. Culture and variety are now overlapping. One such representation of different culture and variety is the Hari Parbat Fort in Srinagar, the largest city and capital of Jammu and Kashmir state. It is built on a hill which overlooks the city if Srinagar and embarks the ancient fort that stands on Koh-I-Maraan. It is a sentinel which silently watches over the events happened in the past.

Hari Parbat was being constructed and built upon during the Mughal era by Mughal Emperor Akbar. Later it was passed onto the Afghan governor Shuja Shah Durrani who ruled Kashmir during 18th century.

Pilgrims tend to visit this immensely believed temple known as Sharika Devi Temple which is an allegory of Goddess Jagdamba which is on the western slope. Jammu and Kashmir is the only state where the preachings of secularism is conveyed and portrayed by their different shrines of vivid religions such as the Muslim shrine of Makhdoom Sahib and Akhund Mullah Shah. On the southern slope there is a Sikh shrine and Gurdwara. There is a completely separate entrance known as the Kathi Darwaza which is also the main entrance of the fort.

Hari Parbat is such a beautiful place which has dense and immense forests, surroundings to enjoy upon and luxuriant plants to have a complete feel of nature and a complete runaway from your busy schedule.

To visit this paradise on earth more than 1000 tourists visit every year and has changed it’s definition from mere tourist attraction to pilgrim destination. These lush green forests and stiff hills will give you a happy déjà vu.

We all are familiar with the Mughal era of being dominant where they built these massive forts to protect themselves from being captured so there was a large fortification wall that was built at the base of the hill parts, which to our amaze strive till today.

There are also various places which can be explored after visiting the Hari Parbat Fort such as the Jamia Masjid which is supposedly happen to be 1.6 km from the Hari Parbat Fort in Jammu and Kashmir, to add to to it there’s also a Nagin Lake which is about 5.1 km and happen to be a good destination. Other places like Shri Pratap Singh Museum, Pandrethan Temple, Shankaracharya and Shalimar Bagh, completely portray the legacy and heritage of our Indian culture.