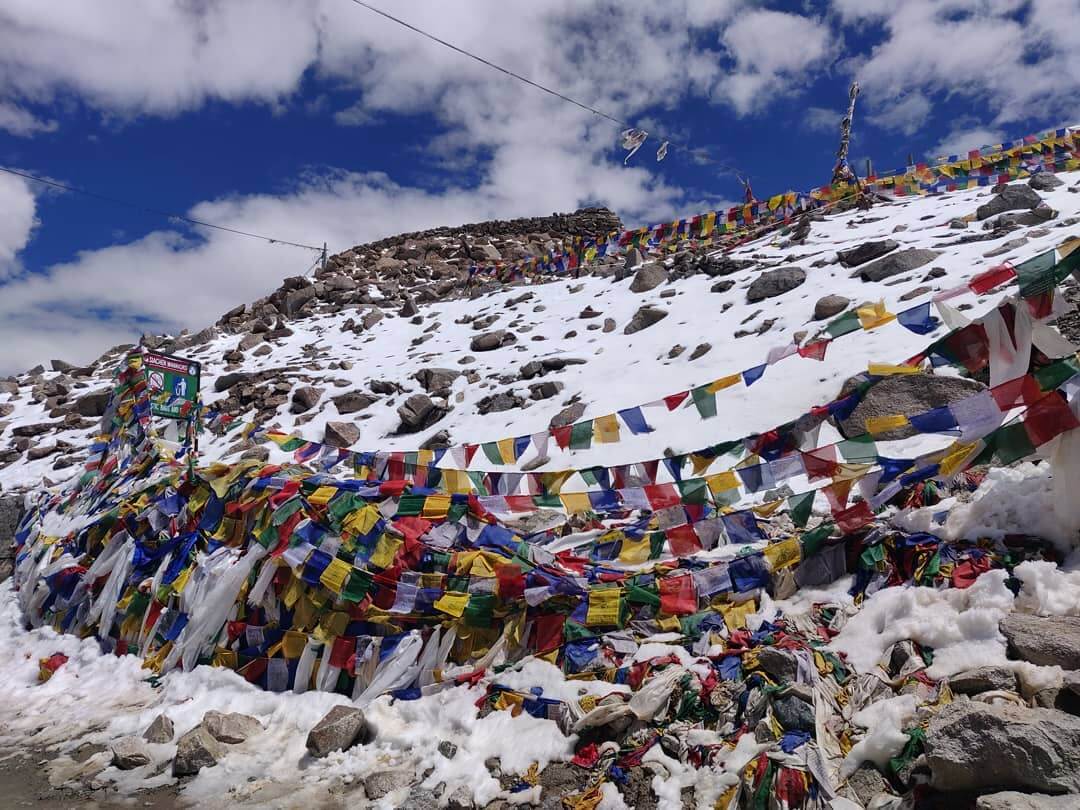 Khardung La is a mountain pass in the Ladakh region of the Indian state of Jammu and Kashmir. The local pronunciation is “Khardong La” or “Khardzong La”. The pass on the Ladakh range is north of Leh and is gateway to the Shyok and Nubra valleys. The elevation of Khardung La is 5359m (17,582ft). Khardung La is historically important as it lies on the major caravan route from Leh to Kashgar in Central Asia. About 10,000 horses and camels used to take the route annually, and a small population of Bactrian camels can still be seen at Hunder, in the area north of the pass.

The nearest sizable town is Leh. Leh is connected by road from Manali and Srinagar. The two bases on either side of Khardung La are North pullu and South pullu. Khardung La has an arctic tundra climate with short, cool summers and long, very cold winters.

Khardung La is at times incorrectly cited as the highest motorable pass. Its actual elevation is 17,582ft but locals claim that it is at a height of 18,380ft. It is maintained by Border Roads Organisation; the pass is strategically important to India as it is used to carry supplies to the Siachen Glacier. 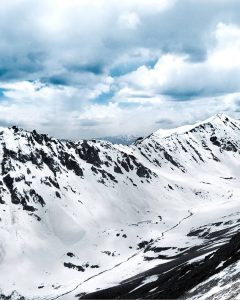 Khardung La pass offers astonishing view of the twisting roads up the mountain and the awesome valley. Alternatively known as the “Pass of Lower Castle”, Khardung La is the inspiration of motorbike, automobile and mountain biking expeditions. This makes it adventure aficionados’ paradise indeed. Khardung La lies at a distance of 39km from Leh. The breath-taking views en route make the journey worth experiencing at least once. Although, this pass is a gateway to Nubra Valley, people grab an opportunity to reach and spend quality time here only.

The temperatures at Khardung La keeps on varying rapidly. It is really obscure to predict the correct temperature here. However, the average temperature in summer reaches up to 20 degree Celsius while in winter it can go as low as -40 degrees. The pass gets wrapped up by a 10 feet snow during snowfall.