Why You Must Visit Lakshman Jhula in Rishikesh 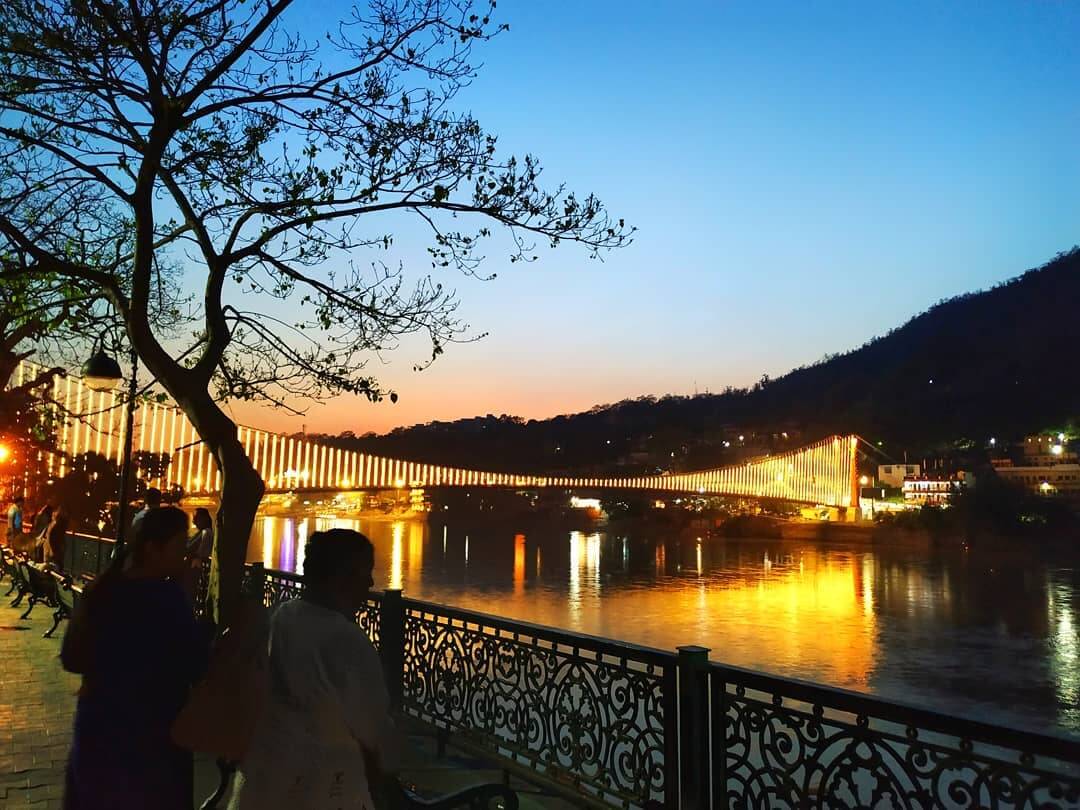 The Lakshman Jhula is an iconic religious suspension bridge which is 450m long iron bridge. The bridge connects to village Tapovan in the Tehri District and Jonk in the Puri Garhwal District. It is located in the north east of Rishikesh in India, state of Uttarkhand. The entire Bridge is made up of Iron and is 450m Long and is 70 feet above the sea. The bridge has got its name from the Hindu deity Laksman from Ramayana. It is said that Laksman crossed the river Ganga with the help of two jute ropes. To honour this a bridge was made at the same place.

The term Jhula Means “swing”. The Lakshman Jhula is well known among the tourist and the visitants because of its rich mythological association. The construction of the bridge was completed in the year 1929 by Raja Bahadur Sherprashad in the admiration of his father. The bridge construction was uptight with a lot of disasters. However, the bridge managed to become a magnificent example of urban design in 1929.

The younger brother of Ram, Laksman from Ramayana crossed the river Ganga using just two jute ropes. To honor a magnificent bridge of 284 feet was built under the name the Lakshman Jhula at the same place in 1889. Following, another bridge was up made of iron which was built by UPPWD (United Provinces Public Works Department) in the year 1929. The bridge joins the two districts of Tehri and Pauri (Tapovan in Tehri and Jonk in Pauri). The extra cost of rebuilding the new bridge was funded by Raja Bahadur Shewpershad Tulshan to preserve the privileged memory of his father to whom the old bridge belonged. Raja Bahadur also specified that no toll or tax should be collected from anyone whoever crosses the bridge ever, which stays to date.

Lakshman Jhula as of now:

Presently the Lakshman Jhula acts as a connecting bridge across the river Ganga, along the old route of the scared tomb of Badrinath and Kedarnath. Thousands of tourists visit every year at Lakshman Jhula not just because of its rich Religious and ancient sacredness. But due to the recent developments made around the bridge. Many grand temples and famous market places have jumped up around the bridge and the entire area. The place has become a renowned attraction in the entire Rishikesh.

The important places around the Lakshman Jhula include the Terah Manzil temple, the Lakshman temple, and the Ram Jhula. The entire area is infused with a mystic, calm and holy feeling to it. It is very common to find people here deeply immersed and engrossed in their religious traditions and meditation. As the entire zone echoes with the sounds of the enchanting mantras and shlokas from the temple. A short visit to the temple is one filled with religious worship and composure, both beautifully rolled together and combined into one.

The bridge has faced many disaster in the past years and the construction of the bridge has also turned to be weak. Because of which the iconic bridge was shut down on July 12 2019 for safety reasons. The bridge is 96 years old and is now not strong enough to handle the load of so many people. There might be chances that the bridge could collapse anytime soon.