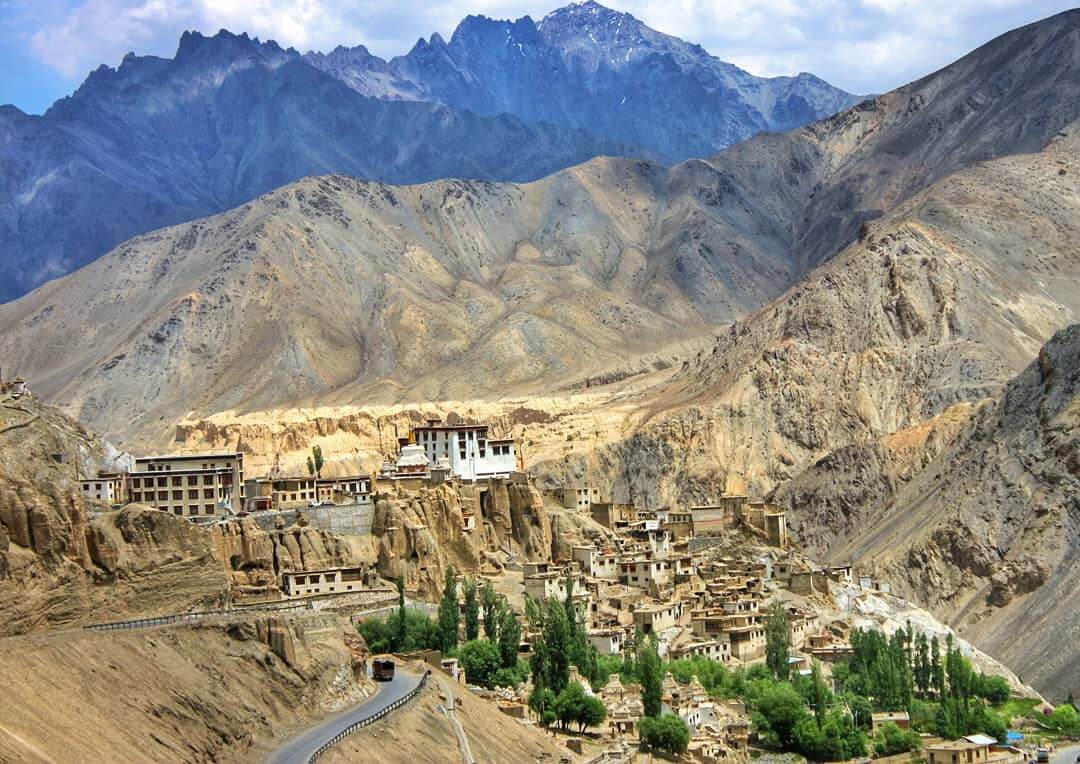 Lamayuru Monastery is also popularly known by the name “Yuru” monastery. It is a Tibetan Buddhist monastery which is situated in Lamayouro, in the Leh district of Ladakh. It is considered as one of the largest and oldest monasteries in the region of Ladakh. Lamayuru Monastery, Leh is at a height of 3,510 metres which is approximately 11,520 feet. The safest and easiest route is to navigate through the Srinagar-Leh highway.

Every place has its own rich cultural heritage and Lamayuru is no exception. The Indian scholar Mahasidhacharya Naropa is credited with the formation and birth of the Lamayuru Monastery back in the eleventh century.

The oldest surviving building at Lamayuru is a temple called Seng-ge-sgang, at the southern end of the Lamayuru rock. This temple pays its respect for its construction to the builder-monk Rinchen Zangpo (958-1055 CE).

Rinchen Zangpo was entrusted by the king of Ladakh to build 108 gompas in Ladakh, Spiti Valley and the surrounding regions. Lamayuru Monastery is one of the largest and oldest gompas in Ladakh, with a population of around 150 permanent monk residents. It has, in the past, housed up to 400 monks, many of whose origins are now scattered across in the surrounding villages.

Lamayuru Monastery majorly celebrates two festivals in the 2nd and the 5th month of the Tibetan lunar calendar as Yuru Kabgyat and Hemis Tse Chu. Yuru Kabgyat is also known as the mask festival as the monks wear different masks during the festivities. It is worth visiting while you’re in Lamayuru. The best time to visit this place is from the month of April to June when the roads are clear.

Originally, the Lamayuru monastery had five buildings, though now only the central building exists. Even after losing much of its valour, it still remains the favourite destination for photographers and inquisitive travellers.

People in the village are very kind and helpful. They even offer the tourists to have tea at their homes.

Learn about other tourist spots.

The architecture of this gompa is similar to other Tibetan Buddhist shrines, which comprise of structures dedicated to Lord Buddha. Inside the main hall, visitors can see beautiful thangkas (embroidered silk paintings). Caves and rooms have been carved out in the mountains, where Tibetan butter lamps and exquisite carpets are preserved.

Nowadays, many of the tourists prefer to take a trip to Sham Valley from Leh, while visiting the Lamayuru monastery.