Things to Explore and Complete Guide for Rishikesh 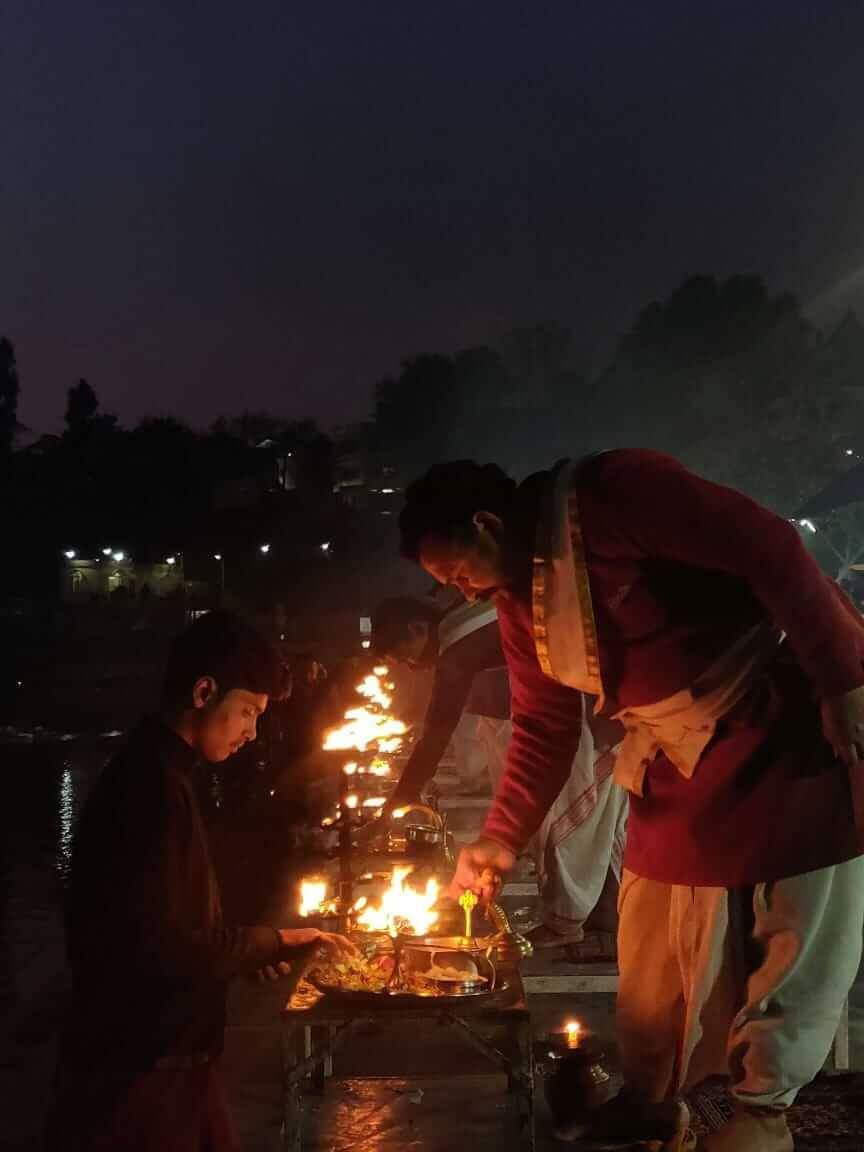 Imagine a place where the birds chirp louder, the trees sway as if they are dancing to Earth’s tune, and the natural world and you are on exactly the same frequency. Such is the power of the Indian city of Rishikesh. Rishikesh has gained an international reputation as a safe haven for all of the world’s citizens looking to educate themselves further about the spirituality that comes with yoga. The city is located in the foothills of the Himalayas, and also more popularly known as the Yoga Capital of the world. The city is known for its ‘ashrams’ or spirituality schools where ancient teachings are upheld and shared to people seeking wisdom from across the world. Rishikesh is also ideal for a getaway when it feels like city life has overwhelmed you. But first, immerse yourself in the history of your visit below!

The main tourist attraction at Rishikesh are the yoga centres. One of the holiest rivers in India, the Ganges, runs through the city. There are temples couples with a modern communications hub, making sure to balance the industrialisation in the area with a rustic touch. Students from China, the USA, and Europe make a trip to this small city in the north of India to get in touch with the real source of the art. The complex asanas and kriyas in Yoga require face to face teaching and constant reinforcing to learn successfully, and there is no better yoga education in the world than at Rishikesh. The most notable thing about this small city in Uttarakhand is that several international superstars have made the trek to clear their heads and immerse themselves in yoga. The Beatles are the first such personalities that popularised the calming effect of Rishikesh to the world. They recorded an unreleased ‘Happy Rishikesh song’, which die hard fans have to make sure to hear. if that doesn’t intrigue you already, Indian celebrities, the Beach boys and even the Prince of Wales are part of the wide variety of people that have seemed out Rishikesh as a place to deeply consider their sense of self and dedicated themselves to yoga.

To fully understand the weight of the content taught at Rishikesh, one must explore what yoga education is first. The main principle behind yoga is a ‘union’. The union is between the mental and the physical, the material world and the metaphysical world. Yoga curriculums are not without their own sources- they combine the thinkings of anatomy, physiology, and neuroscience to make sure all aspects of the soul are touched on. The benefits of yoga are longitudinal, they set in over time, but they stick for the rest of your life. These benefits include increased flexibility, increased muscle strength and tone, improved respiration, energy and vitality, balanced metabolism, and improved performance in all areas requiring physical activity. In additions to physical health, yoga and a dedication towards the art improves mental health greatly.

The history of Rishikesh is fascinating. Legend states that a Hindu god, Lord Rama, did penance in Rishikesh for killing the great mythological villain named Ravana. The ‘Ram Jhula’ is an iron suspension bridge built in connection to this origin story. Several temples alone the bank of the river Ganges add to the tourist attractions in Rishikesh. The Ganges leaves the hills of the Himalayas and goes through the plains of North India through this route. As the Ganges is regarded as a holy river, there are many spots in the place where believers of Hinduism let the ashes of their dead float away into everlasting peacefulness. These are called ‘ghats’ and will be seen often, fascinating a tourist with the intricate nature of such a ritual.

In addition to being a hub for yoga education, Rishikesh has many other sights to see. The temples are many and varied, and several citizens of India walk for days to end their pilgrimage at these stops. The location of the temples near the Ganges is seen as auspicious and increases the amount of bountiful blessings one can receive. There is the Shatrughna Mandir, Bharat Mandir, and Lakshman Mandir, ancient temples that are sought after by many. The water of the Ganga is purer in Rishikesh as it is nearer to its source. There are also many centres teaching Ayurveda, a form of Indian medicine. The treatments offered in this city are often called miracles. In addition, there are several places one can go to attend a pilgrimage such as Badrinath, Kedarnath, Gangotri, and Yamunotri. These are recognised starting points for religious journeys. Rishikesh is home to a branch of the AIIMS institute, and it dedicates itself to correcting regional issues in healthcare, in addition to being a well known research institute.

In addition to everything Rishikesh is famous for water adventure sports. One amongst them is River rafting. People from various places in India and abroad come here to enjoy the experience of going through the lush green mountains and do adventure sports.

As it is clear already, Rishikesh is a place that simply cannot be missed. It’s for the good of your soul! There’s something to do for every troubled spirit or mind, and it is certain that one will leave being at peace with themselves. The rituals of life, death and energy that you encounter will help push your worldview into perspective. We are small in the face of the universe, but that does not mean we aren’t in control of how we think. It is such realisations of life that are best accompanied by a place where your inner child can run free, and you can dedicate yourself to an art. But first, listen to the Happy Rishikesh song!