Facts and Meaning of Hanuman Chalisa in English with Lyrics 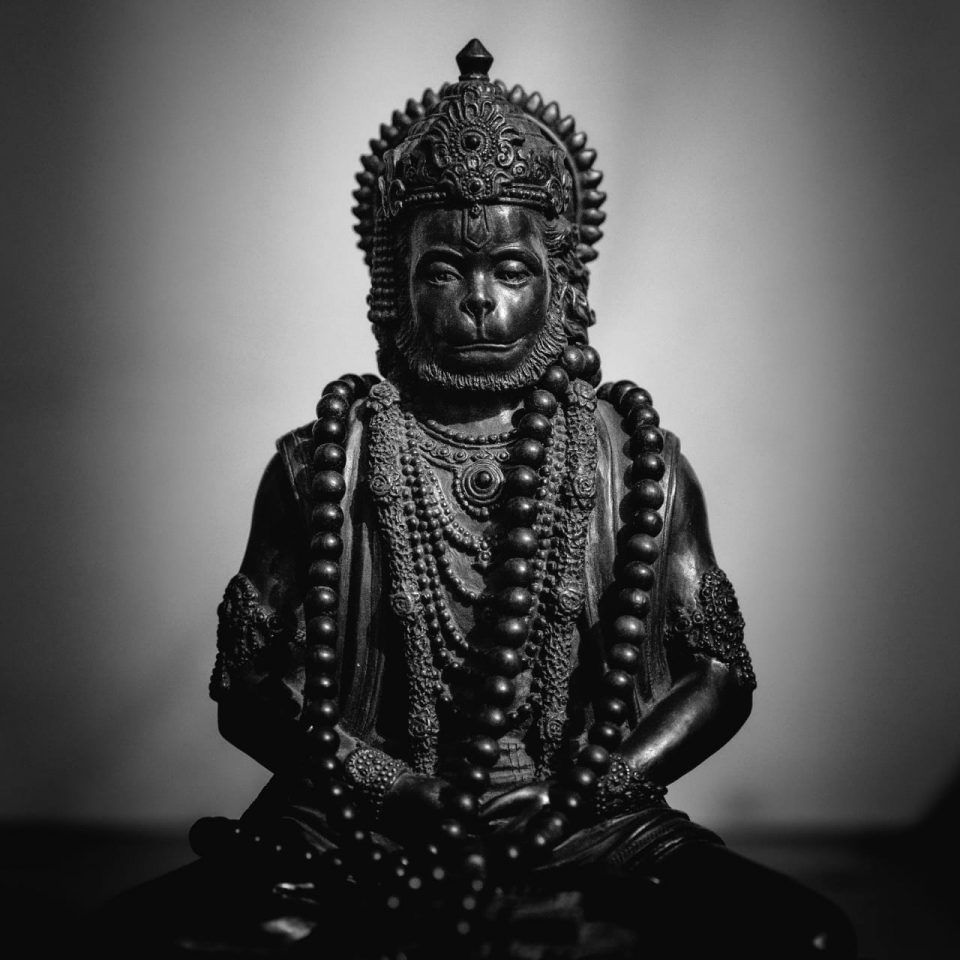 Hanuman Chalisa is the Hindu devotional hymn or stotra containing 40 chaupais which is addressed to Lord Hanuman. It was written by Saint Kavi Tulsidas in the 16th century in the Awadhi language. Chaupais means “verses”- there is a total of 40 verses in Sankat Mochan Hanuman Chalisa, excluding the couplets which are at the beginning and the ending of Hanuman Chalisa.

The word “Chalisa” means the number “forty” in the Hindi language. Thus, to summarize the meaning of Hanuman Chalisa in English; it provides a quick glimpse into the life, devotion and glory of lord Hanuman.

Though many have translated Hanuman Chalisa in Hindi and English, I have considered the translations by Gota Press, Mehta, Rao and Rambhadracharya.

Some Interesting Facts on the Hanuman Chalisa meaning!

Do you know Hanuman was the Avatar of Lord Shankara?

The name Bajrang Bali came forward because of an incident, when Sita was putting Sindoor (Vermilion) on her forehead Hanuman asked her the reason behind it. Sita replied that putting Sindoor on the forehead will increase the life span of her husband Lord Rama. After listening to this Hanuman covered his entire body with Sindoor as devotion to his beloved Lord Rama. Sindoor is also known as “Bajrang” that’s why the name “Bajrang Bali” came into existence.

Do you know how many names does Lord Hanuman has?

There is a total of 108 names of Lord Hanuman in the Sanskrit Language.

You would be surprised to know that Hanuman Chalisa was initially written in Awadhi Language. Later on, it got translated to various other languages like English.

The distance between Earth & Sun is mentioned in Hanuman Chalisa

Sanatan Dharma or Hinduism is backed by science. Almost everything has science like the celebration of Shivratri. Know more about the science behind Mahashivratri in our article – THE SCIENCE BEHIND MAHASHIVRATRI- FACTS YOU DIDN’T KNOW. Similarly, Hanuman Chalisa also says about the distance between the Sun and the Earth. Lemme tell how:

In the 18th verse of Hanuman Chalisa it is somewhat accurately mentioned the distance between earth & sun. The 18th verse ( jug shahastra jojan parbhanu )

Through the pollen dust of Lotus which is near the feet of Guru, I cleaned the mirror of my mind and I claimed the glory of Shri Raghuveer who grant the four fruits (Dharma, Artha, Kama & Moksha)

Respected God Pavan Kumar, meditating with whole concentration along with my body & brain I humbly request you to grant me strength,  intelligence, knowledge & destroy my sorrows & shortcomings.

For removal of bad karma & attainment of divine knowledge

Victory to thee! O’ Hanuman you are the ocean of knowledge & moral principles (quality of being honest, good character). Hey Kapishvar Victory to you, you have the glory in all the three worlds (heaven, earth, underworld).

Son of Anjani & celestial father Pavan, you are the divine messenger of Lord Rama & you are the house of strength.

Great Mahaveer Bajrang Bali you are the greatest courage, you vanish the unintelligence & you always support intelligence.

Your golden like physic shines in the beautiful attire, your earrings & curly hairs make you graceful.

Holding vajra (ritual object) & flag in your hands, janeu (traditional white thread tied around the shoulder & abdomen) around your shoulder makes you attractive.

You are the avatar of Lord Shankara & you are popular by the name called Kesari Nandan. You are brilliant & praiseworthy around the universe.

You are well versed in all field of knowledge. You are intelligent & clever, always keen to carry out the tasks given by Lord Rama.

You are always keen to listen to the stories of Lord Rama, you are in the heart of Lord Ram, Sita, Lakshman.

You change to huge & vanish all the demons. You always take initiative in Lord Rama’s tasks with great skill.

You saved Lakshmana’s life by bringing the sanjeevani medicine. Lord Rama embraced you with abundant happiness.

Lord Rama praises you with love & he consider you as a beloved brother.

Lord Rama warmly hugged you and said “Thousands of living beings are chanting the hymns of your glory” .

Yam raj (God of death), Kuber (God of wealth) & Digpals even are unable to describe your fame then it is impossible for the kavi (poets) & experts.

You rendered great service to Sugreev &you united Sugreev with Lord Rama where Lord Rama installed his Royal Throne.

The whole universe knows that Vibhishan acquired the kingdom by taking your advice.

Sun is at a fabulous distance thousands of mile away from earth, you thought it as a luscious fruit and went to eat.

By holding the ring of Lord Rama near your forehead, you easily leapt across the ocean & this is not a surprising task for you!

All the difficulties in the universe become easy with your mercy.

You are the sentinel of Shri Rama’s abidance, no one can enter there without your permission.

Everyone is safe & secure in your presence, there is no fear if you are the protector.

You are the only controller of your own splendid valour. All the three world trembles at your thunder call.

All the diseases & disorders get destroyed by reciting your great name daily.

Those who remember Lord Hanuman in their thoughts, deeds & words with fullest sincere & faith will be protected from the difficulties & pains in life.

All have faith & belief in Lord Rama as the Supreme Lord & the King. You clear all the difficulties easily.

Whosever comes to you with some wishes or fulfillments with faith &belief will secure the everlasting fruit of human life.

Your majesty exists in all the four eras, your shine is all over the universe.

You are the protector of Saints & Sages. You vanish all the demons & monsters & you are the dearest of Lord Rama

You can grant yogic power of all the eight siddhis ( to become light & heavy at will) & nine nidhis (riches, comfort, power, prestige, fame, sweet, relationships etc.)  according to the boon which was granted by Sita (Janaki)

You have Lord Rama’s name as a chemic. You will always be a great disciple of Lord Rama ( Raghupati)

By reciting your devotional song one can find Lord Rama& are away from difficulties & pains of several births.

At the end of the time, Lord Shri Ram went to Vaikhunt and took birth as a devotee of Hari.

Without keeping any prayers with other Lords, the prayers are fulfilled with only praying to Lord Hanuman.

Whoever remembers the great name of Mahaveer Hanuman will be away from difficulties & sorrows, it will get destroyed.

For the grace of Lord Hanuman

Protector of all the devotees, Kudos to you! ( Jay ho!  Jay ho! ). You always show mercy on me.

Whoever chants these verses for 100 times will be away from birth to death sorrows & will get huge happiness.

Whoever reads the Hanuman Chalisa will get great accomplishment & the Witness for this is Lord Shankara.

Saint Tulsidas says “ Respected Lord Rama I am your great disciple, please be always in my heart & soul”.

Pawanputra ( Son of Pavan Kumar), Sankatmochan (Destroyer of sorrow), Mangalmurti you are in the heart & soul of Lord Ram, Sita, Lakshman always.